Pope appeals for peace in Ethiopia and Libya 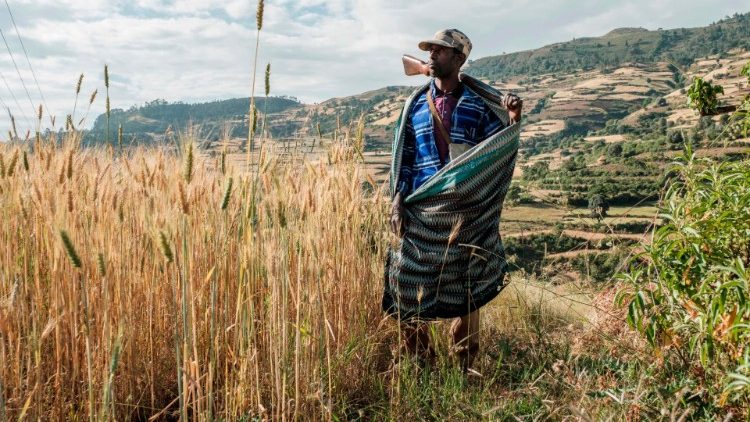 Pope Francis appeals to Ethiopian authorities to choose the path of peace and expresses his hope that the Libyan Political Dialogue Forum in Tunis may yield peace and stability in Libya.

Pope Francis said he is following with concern the news regarding an escalation of violence in Ethiopia and appealed to authorities there to “reject the temptation of armed conflict.”

Speaking after the recitation of the Angelus Prayer, the Pope invited all Ethiopians “to prayer and to the fraternal respect for dialogue and the peaceful resolution of discord.”

The Pope’s appeal comes as the United Nations warned that nine million people risk displacement from the escalating conflict in Ethiopia’s Tigray region. UN observers today also said the government’s declaration of a state of emergency was blocking food and other aid.

Prime Minister Abiy Ahmed is pressing ahead with a military campaign he announced on Wednesday, despite international pleas to pursue dialogue with the Tigray People’s Liberation Front (TPLF) rather than risk civil war. Tigrayans dominated Ethiopian politics for decades until Abiy took office in 2018 and are reportedly fighting his efforts to remove their grip on power.

Pope Francis then turned his thoughts to the quest for stability in Libya and noted that the first meeting of the Lybian Political Dialogue Forum, that includes and engages all parties, are about to begin in the Tunisian capital, Tunis.

He described the forum as an important event and said “I sincerely hope that in this delicate moment, a solution to the long suffering of the Libyan people will be found.”

Expressing his hope that “The recent agreement for a permanent ceasefire be respected and concretized, the Pope asked for prayers for the delegates of the Forum.

It represents a variety of different constituencies, based on the principles of inclusivity, fair geographic, ethnic, political, tribal, and social representation.

Joan Roig, martyr of the “fight for Christ,” beatified in Spain