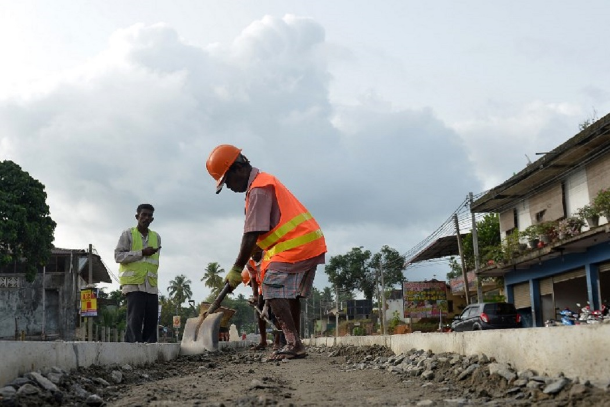 Not long ago, China was emerging as the economic savior of the Indo-Pacific region, but a serious push back has begun as it has become clear the country will swap debt for assets when it engages with any business — or government — that fails to repay its loans.Anti-Chinese riots in Vietnam in June were among the most visible signs of popular discontent while the rolling back of Chinese investment in Malaysia by new Prime Minister Mahathir Mohamad adds the Southeast Asian nation to a list of governments that are turning down money from Beijing.What has been largely missing from the narrative, however, is how these excessive Chinese loans — and the strict conditions attached to them — are negatively affecting impoverished people across the region.The bigger picture is that China in effect wants to put its foot on key assets, especially infrastructure and ports to help fast track Chinese President Xi Jinping’s ambitious Belt and Road Initiative (BRI), a two-track plan that aims to recreate ancient trade routes on land and at sea.China is also backing huge real estate investments designed to help its citizens purchase more residences offshore.

The endgame of the BRI is to facilitate the movement of Chinese-made goods to lucrative markets in Europe and the Middle East while avoiding nasty bottlenecks and shipments through territory controlled by others.One notable region would be the Malacca Straits, which is integral to the movement of imported energy from Russia, Central Asia and OPEC nations.Countries in Asia have been particularly spooked by China’s de facto seizure of Sri Lanka’s $1.2-billion Hambanthota Port last December.Sri Lanka, under the Rajapaksa government that was defeated in 2015 elections, was submerged under waves of Chinese debt, much of it for projects that did not stack up.The port started out as a major project but became increasingly marginalized as the government struggled to meet its repayments to China.Colombo finally succumbed to intense pressure and after months of negotiations had little choice but to hand over the port’s 99-year lease to the Chinese along with 6,070 hectares of land.This gave Beijing control of territory just a few hundred miles off the coast of one of its arch-rivals, India, as well as a strategic foothold along a critical commercial and military waterway.This news did not sit well in New Delhi as the two countries have been embroiled in a decades-long dispute over two tracts of land on the edge of the Himalayas.Since then, more countries in the region that have been cozying up to China to eke out infrastructure deals while others have starting reviewing and even canceling previously signed pacts.Mahathir, a man who pulls few punches, canceled loans from China worth US$22 billion that his predecessor, Najib Razak, had agreed to during a trip to Beijing as the veteran 93-year-old politician set about cleaning up shop.Mahathir also told the media he had inherited a government where corruption had become practically endemic.He said proceeding with the Chinese deals could jeopardize Malaysia’s sovereignty due to the weight of foreign debt they would bring.More potent still, he warned against a “new colonialism” being meted out by the Middle Kingdom.The deal for the land around the Sri Lankan port is instructive, however, as similar clauses often find their way into infrastructure deals struck with China, which gains a quick advantage as the lease holder with the ability to hand out commercial leases on the land to Chinese or other preferred parties and interests.This leaves the generally impoverished local population at a disadvantage and unable to leverage its “localness” for financial gain.For example, Beijing has been pressing Laos to build high-speed rail lines so it can avoid long and potentially troublesome sea routes around Singapore. Along with the rail lines, it has also sought wide strips of land either side of the tracks, serving as an illustration of the same problem.Meanwhile, China often demands preferential leasing contracts so it can jump on commercial opportunities that spring up alongside the new transport routes.This denies local entrepreneurs and companies any chance of making money from the new access ways and reduces the local population to little more than a source of cheap labor and sales revenue, with the larger financial benefits being funneled back to China.Chinese loans are also playing a big role in the region’s hydroelectric plans, but the dams that are being built displace thousands of people at a time and inflict long-term environmental damage. This isn’t just China’s fault, however, a raft of corporations from other nations must also share the blame.Additionally, China is buying up — or taking out long-term leases on — vast tracts of farmland, particularly in the Mekong River Basin, in Laos, Thailand, Cambodia and Myanmar.This has provoked anger at how China is exporting its questionable farming practices, injecting crops with chemicals to accelerate their growth in a way that raises questions about what health risks they may pose.Most of the crops are shipped back to China, but some of the toxic pesticides wash off and poison streams, rivers, soil and even the water table. Locals have been voicing their concerns about these kinds of issues for years but to no avail, from what I can see.This growing sense of anger directed at China over how it is gradually seizing opportunities from local people reached a crescendo in Vietnam in June.Workers in Ho Chi Minh City, the commercial capital, demonstrated against the government’s plan to set up three special economic zones that would grant 99-year concessions. In the ensuing days, the protests and rallies spread and were marred by violence.Still, China’s mega-investment projects and economic “new colonialism” have already proved successful in Laos and Cambodia.This has helped to fragment the unity of the Association of Southeast Asia Nations (ASEAN) — a regional bloc that can and does like to speak with one voice — suggesting Beijing is unlikely to be put off from its ambitions just yet