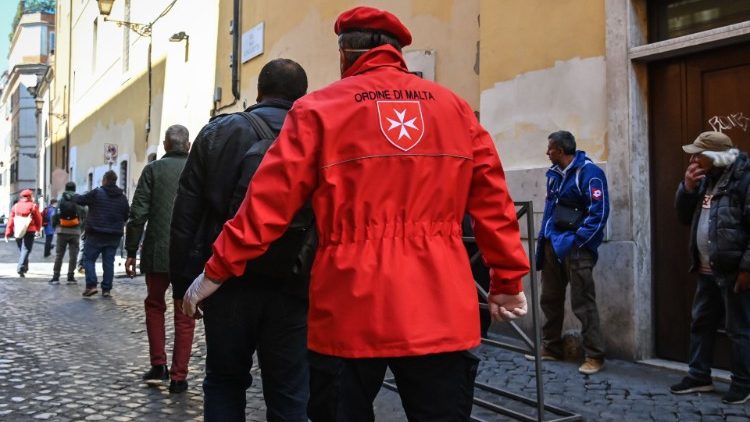 The Grand Chancellor of the Sovereign Military Order of Malta (SMOM) talks about the main challenges faced by the Order as the new Lieutenant of the Grand Master takes office.

Fra’ Marco Luzzago, the new Lieutenant of the Grand Master of the Sovereign Order of Malta, has taken office and commenced his work following weekend elections in one of the Order of Malta’s Magistral Villas in Rome.

Immediately after the election, Fra’ Luzzago swore his oath before the members of the Council Complete of State and the Pope’s Special Delegate, Cardinal-Designate Silvano Maria Tomasi.

As Lieutenant of the Grand Master, Luzzago will serve a term of one year with all of the prerogatives of the Grand Master until the next election. This will allow the Order of Malta to continue its ongoing process of constitutional reforms.

In an interview with Vatican Radio, the Order’s Grand Chancellor, Albrecht Freiherr von Boeselager, talks about the main challenges facing the Sovereign Order and about how the coronavirus pandemic is impacting its humanitarian activities across the globe:Listen to the interview with Albrecht von Boeselager

Boeselager explained that the Order’s major priorities at the moment concern how best to cope with the challenges posed by the ongoing coronavirus pandemic in hospitals and in homes for the elderly and for the disabled: “That’s the great challenge all over the world.”

He spoke of the difficulties and pain of having to limit the visits of families and relatives, noting that “nothing can replace the personal contact” of loved-ones.

Among the humanitarian activities and assistance provided by the Order of Malta is the running of thousands of soup kitchens for the homeless. Boeselager says these centres have had to close, and the Order of Malta has been engaged in trying to substitute them with open-air distribution places.

In Africa, he explained, where millions of children receive their only substantial meal in school, the situation is very difficult because most schools have been closed. “It’s very difficult to reach these children, if not impossible,” he said.

“So that’s the range of the challenges we are facing, but we are very encouraged by the determination of our volunteers and members who are trying to tackle and to solve the problems,” he added.

The Grand Chancellor also pointed to the ongoing challenge posed by the Order of Malta’s Constitutional Reform and said that since Pope Francis named his new Special Delegate, Cardinal-Elect Silvano Maria Tomasi, the process has started again.

“Cardinal-elect Tomasi is meeting with the Canon Lawyers that Cardinal Becciu had assembled – to get the information from them regarding how far are they with checking our drafts,” he said, expressing confidence that the process will gain new speed.

“He knows the Order, he knows many of the actors, so I’m very confident that in the coming months we can come to final results,” he said.

On a steady path

Asked whether he thought this moment in time could prove to be a “turning-point” for the Sovereign Order of Malta, Boeselager said “I think we are doing our best not to need a turning point but to keep the direction that we have, and I am very confident that with the reform we will ensure the Order is ready to face the future.”

He said he is confident the new Lieutenant, Fra’ Marco Luzzago, is determined to go on with reform and that the first contacts with Cardinal-Designate Tomasi has underlined this confidence.

“So I hope we can have a Chapter General in the middle of next year to decide on the necessary reforms for the Constitution and Code if the pandemic allows,” he said.

Support for the Middle East

Before concluding Boeselager wanted to highlight the Order’s activities in the Middle East.

He said the aid programmes the Order of Malta is implementing in Palestine, Iraq, Syria and Lebanon are more and more important. He said they are becoming more difficult but the Order has increased its efforts to help in this difficult region: “especially in Lebanon, where after the blast in the harbor the situation has deteriorated terribly.”

More mobile clinics are being set up in the country where the Order of Malta’s medical services are being expanded, he said, and “we are also starting a new farming project for little farmers, helping them to modernize their little farms and to give them more formation, and in return they should give 10% of the harvest for programs of the Order, to feed the poor.”