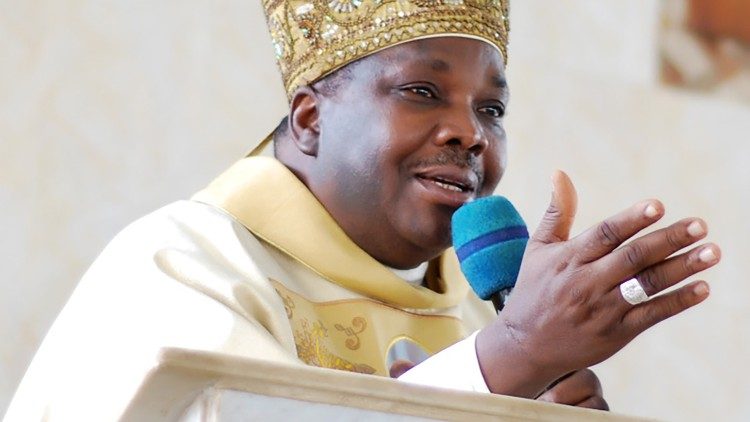 Nigeria’s Bishop of Oyo Diocese says he is concerned about the recent change of direction by the United States Government on religious persecution in Nigeria.

Bishop Emmanuel Adetoyese Badejo of Oyo Diocese, in Nigeria, has joined a growing chorus of persons and organisations critical of the decision by the United States State Department to exclude Nigeria from its annual list of nations it considers among the world’s violators of religious freedom. The reversal, by the U.S., has attracted controversy and criticism from several Christian organisations. The U.S. Commission on International Religious Freedom (USCIRF) said the removal of Nigeria from the list was appalling and “unexplainable.”

Nigeria, which was added to the top-tier “Countries of Particular Concern” (CPC) list last year, is no longer included on the list released last month. Bishop Badejo, who sharply criticised the decision, said the situation in Nigeria concerning religious freedom has not improved.

Christians continue to suffer in Nigeria

“I was quite surprised to read of Nigeria’s exclusion from the list of designations for State and non-State religious freedom violators because there is nothing on the ground to suggest that Christians have an easier time practising their faith in Nigeria today than they did one or two years ago. Things have not gotten any better because extremists seem to be gaining even more territory in North-Eastern Nigeria, and the kidnapping of Christian students and members have actually increased in the last year. Only in July Bishop Hassan Matthew Kukah of Sokoto Diocese, speaking to the U.S. House Foreign Affairs Committee on Religious Freedom in Nigeria, said ’Beyond the physical elimination of Christian missionary Pastoral agents, other strategies adopted in the persecution of Christians are, the total or partial destruction of Church related infrastructure such as churches, schools, convents, health facilities, and presbyteries across the country. In some Dioceses in the North East such as Maiduguri and Yola, priests have had to leave their parishes after they had been destroyed and the community sacked. The scenario has moved to the North Central and North West zones’,” the Bishop of Oyo emphasised.

According to Bishop Badejo, “This situation is still the same, and the scope of persecution is wide and cross-cutting, involving the rape and forced marriage of Christian girls, the promulgation of policies and privileges that exclude Christians and also forced conversions,” he explained.

A lack of interest from the Federal Government

For Bishop Badejo, the Nigerian Government has carried on as if all is well, refusing at every turn to declare as terrorists the extremists behind the wanton destruction, grave abuse of human rights and mayhem.

“There is almost complete lack of interest on the part of the Federal Government to help Christians who have been kidnapped en masse, and the Churches concerned have simply had to pay heavy sums for the freedom of their members. On the other hand, the media office of the Federal Government springs to overdrive whenever it perceives any resistance or legislation to the aggression and the occupation moves of the Muslim Fulani herdsmen who have become a menace everywhere in the country,” said Bishop Badejo. He continued, “This is not to talk of the nefarious activities of ISWAP and the Boko Haram Islamic groups under the umbrella of self-deceit spread by the Federal Government. How can a country in this situation be given a clean bill of health then?” he wondererd.

Bishop Badejo asserts, “The only explanation I can think of is that the U. S. Department of State has been consulting with the wrong people or pursuing rather in Nigeria, some interest that does not represent the suffering people of Nigeria. The visit of the United States Secretary of State, Antony Blinken, to the country right on the heels of the ‘offer of this pie’ to the Federal Government should raise some eyebrows about the real intention and purpose of the undeserved favour thus accorded to Nigeria,” the Nigerian prelate said.

Bishop Badejo further criticised inconsistencies in US policy, especially when faced with its national interests. He counselled the United States Government to revisit its decision and “play the politics of reality rather than politics of interest, in order to save the credibility of its listing,” he said.

Pope arrives in Cyprus on 1st leg of Apostolic Journey