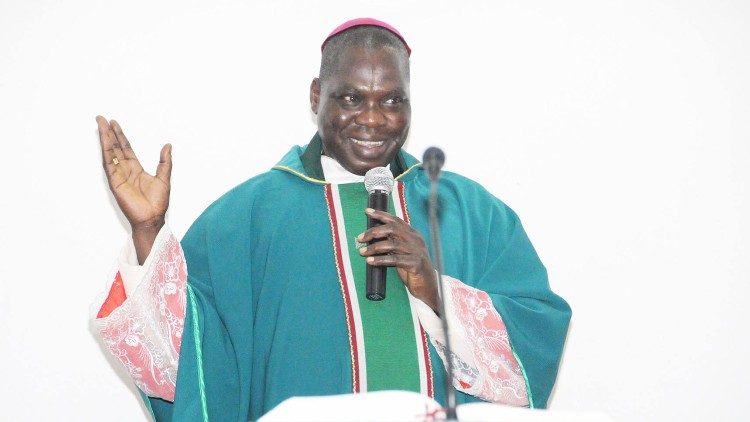 Catholic Bishops of the Kaduna Ecclesiastical Province in Nigeria have sounded the alarm against financial inducement for perpetrators of criminal activities in the region.

The Bishops contend that most of the states in the northern part of the country “are in the grip of purveyors of violence and death.”

The message of the Bishops is contained in a communique made available to the English Africa Service of Vatican News. It came at the end of the Bishops’ regional plenary meeting held at the Pastoral Centre of Kafanchan Diocese, Kaduna State. The Bishops said they unequivocally condemn the incessant killings of innocent people in the province, especially in southern Kaduna and other states of the country.

The Bishops’ communique titled, ‘Dark Clouds of Violence over our Land,’ is signed by President and Secretary of the ecclesiastical province who are the Archbishop of Kaduna, Matthew Ndagoso and Bishop John Niyiring OSA, of the Diocese of Kano respectively. The northern ecclesiastical province comprises the Ordinaries of Kaduna, Kafanchan, Zaria, Kano, Sokoto, Minna and Kontagora Dioceses.

Northern states are in the grip of purveyors of deaths

“Hitherto, the nation’s main challenge was how to contain the dreaded terrorist group, Boko Haram, but “today, almost the entire northern states are in the grip of these purveyors of violence and deaths. In the last three years, we have witnessed the relentless attacks and ransacking of entire communities by bandits in states like Benue, Kebbi, Plateau, Kaduna, Nasarawa, Niger, Sokoto and Zamfara,” said the northern prelates.

According to the Bishops, bandits are operating in the region with reckless abandon.

“Thousands of lives have been lost to these bandits who have operated with reckless abandon.  Taken together, with the devastation of Boko Haram, Nigeria today ranks as not only the poverty capital of the world but the most violent and unsafe place to be. With Covid-19, our situation has become even more precarious and perilous,” said the Bishops.

Monetary inducement for perpetrators is an abuse

While appreciating the efforts of the governors of the region to contain the situation, the Bishops stressed the need for authorities to do more, because their present best “is still not good enough.” They noted that monetary inducement for perpetrators of violence is an abuse of justice and condemned the lax attitude of the Federal Government on the issue. “We are shocked by the seeming lack of empathy that continues to be displayed by the President, regarding the senseless loss of lives across the country,” the prelates affirm.

Bishops say no to use of violence for revenge

The Bishops called on leaders of all stakeholder groups in the country, especially those in the troubled areas, to rise against the violence and collaborate with government to put an end to the criminal atrocities of the heinous killers in the region. While commiserating with victims and affected people of the region, the Bishops however objected to the use of violence for revenge; stressing that: “No amount of revenge, bitterness, calumny, hatred or name-calling can bring back those who have lost their lives in these senseless and unnecessary bloodlettings.”

Pope: each one is beautiful to God who loves us