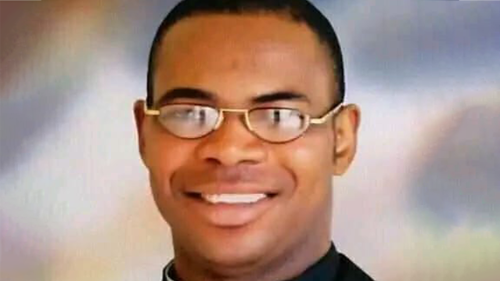 The Catholic Dioceses of Auchi and Kaduna mourn the deaths of Fr. Christopher Odia and Fr. Vitus Borogo, who were killed in the Nigerian states of Edo and Kaduna over the weekend.

A Catholic priest serving in the diocese of Auchi, Edo State, Nigeria – Fr. Christopher Odia – was killed by kidnappers on Sunday.

The tragic news was announced in a statement signed by Fr. Peter Egielewa, the Director of social communications of the diocese.

“With heavy hearts but with total submission to the will of God, we announce the death of our priest, Rev. Fr. Christopher Odia, who was killed by his abductors after being kidnapped this morning, 26 June 2022, at about 6.30 am in his rectory.”

The statement notes that the priest was abducted while going for Sunday Mass at St. Michael Catholic Church Ikabigbo, Uzairue, Edo State.

In a related development, gunmen who are suspected to be terrorists have killed another priest, Fr. Vitus Borogo, in Kaduna State.

The tragic incident reportedly happened on Saturday at Prison Farm, Kujana, along the Kaduna-kachia road in Chikun Local Government Area.

Until his murder, Fr. Borogo, aged 50, was the chaplain of the Catholic community of the Kaduna State Polytechnic, and the Chairman of the Nigerian Catholic Diocesan Priests Association (NCPDA), Kaduna state chapter.

A statement by Fr Christian Emmanuel, Chancellor of the Kaduna diocese, said “It is with a heavy heart, but with total submission to the will of God that we announce the death of Rev. Fr. Vitus Borogo, which sad event took place today (Saturday), at Prison Farm, Kujama, along Kaduna-Kachia road, after a raid on the farm by terrorists.”

The Bishop of the diocese, Most. Rev. Matthew Man-Oso Ndagoso, also condoled with the immediate family of Fr. Borogo, the NFCS family of Kaduna Polytechnic, and the entire Kaduna Polytechnic Community, assuring them of his fraternal closeness and prayers.

“Meanwhile, we commit his soul to the maternal intercession of the Blessed Virgin Mary, and call on all men and women of goodwill to continue to pray for the peaceful repose of his soul and for the consolation of his bereaved family, especially his mother,” the statement said.

Fr. Borogo is the second priest that has died at the hands of bandits in Kaduna in the past two months. In May, another priest, Fr. Joseph Bako died in the custody of his abductors.

The priests were kidnapped in the early hours of 25 May, when unknown gunmen stormed the rectory of St. Patrick’s Catholic Church, Gidan Maikambo, in Katsina state.

Two other persons abducted with the priests have also been freed.

A statement released by Fr. Chris Omotosho, Director of Social Communications for the Sokoto diocese, announced the return of the priests and the two others.

“With hearts full of joy, we announce that our brethren Fr. Stephen Ojapa, Fr. Oliver Okpara, Mr. Hassan Hassan & Ms. Ummie Hassan who were abducted by gunmen at midnight of 25th May, 2022 in the rectory of St. Patrick’s Catholic Church, Gidan Maikambo, Kafur LGA of Katsina State, have all gained freedom,” the statement read.

“We thank you for your prayers, support, encouragement and show of love. May the name of the Lord be praised, now and forever. Amen.”