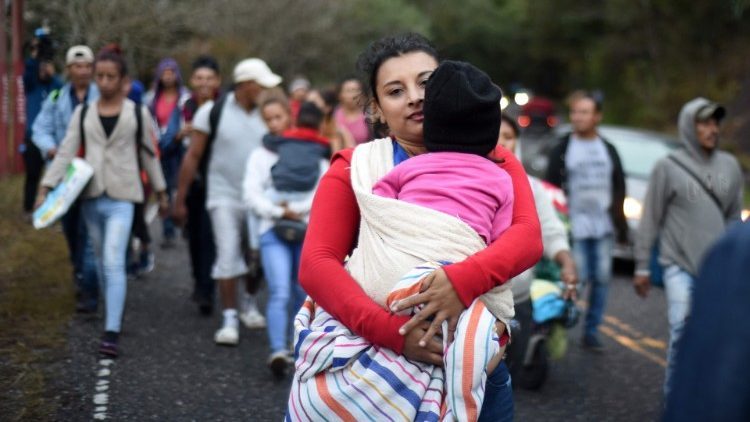 With the eyes of the US Immigration firmly focused on its borders, Mexico is facing yet another Central American Caravan of migrants seeking a better and more prosperous life on their side of the Continent.

The Government of Mexican President Andres Manuel Lopez Obrador, which has already sent thousands of its National Guard to its hitherto porous Southern and Northern Borders, says the latest caravan numbering less than a thousand people, won`t be allowed to traverse its territory.

The caravan left the Honduran City of San Pedro Sula, earlier this week.

Guatemala`s newly inaugurated President Alejandro Giammattei says that those with the correct documentation will be allowed in. He has vowed to investigate the terms of an Agreement signed by his predecessor with Washington.  That purportedly states that if Guatemala is the first stop off for migrants, then it must accommodate them while their US asylum requests are being considered.  President Giammattei has already met with Mexican Foreign Minister Marcelo Ebrard, who`s not commented.

Thousands of would be migrants trying to reach US soil are already stranded in transit camps in Northern Mexico. Mindful of this, Mexican Minister of the Interior Olga Sanchez the migrants won`t be able to gain even temporary transit visas.  However, if they want to stay and make Mexico home, they`re welcome.

Mexico is well aware of previous dire threats of economic sanctions from the United States, unless undocumented migration was drastically curtailed, and it swiftly complied. So much so, that the current exodus trickle evaporates here.

Pope at Angelus: ‘never cease to be surprised by God’s love for us’

Pope to Orthodox priests and monks: May we share gifts of the Holy Spirit

Pope to Orthodox priests and monks: May we share gifts of…