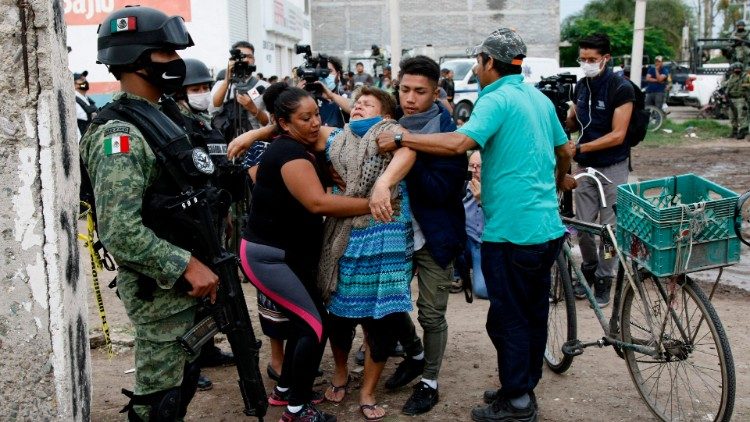 Homicides nationwide in Mexico have reached a new and chilling record during the first half of 2020, with drug cartels waging mayhem in the fourteenth year of the country’s agonizing drug war.

Mexico saw 34,600 murders last year, but this year the number of homicides is increasing, as President Andres Manuel Lopez Obrador struggles to fulfil his promise to stem, rather than curb the violence.

In the first six months of this year, there were 17,439 killings, and the murderous trend is edging upwards. Security Minister Alfonso Durazo concedes that the numbers are very high. One stark development is that the murder of women or femicides has increased by 9.2 percent compared to last year. The only faint ray of hope is that during the pandemic, other serious crimes including robbery and kidnapping have decreased.

President Lopez Obrador says that tackling poverty, and the desperation it brings, is the key to resolution, urging hugs not bullets. He insists: “Violence can`t be confronted by violence, fire can`t extinguish fire and evil must be confronted by good. Intelligence… rather than force.”

It’s a brave, bold and radically different security strategy, in the face of the drug cartels, who’ve become rich with guns, bullets and bloodshed, and whose only ethos remains the law of the jungle.

Caritas Ukraine offering assistance and hope in the Donbass region