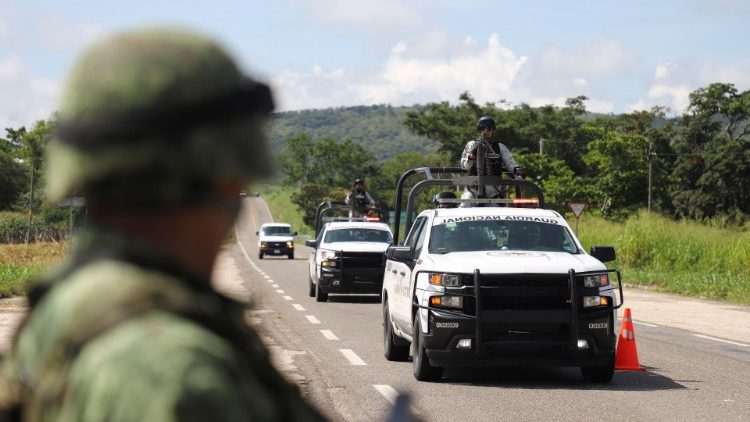 Mexican legislators have approved a constitutional reform that will keep the military policing the streets of the country for at least another six years.

A stop-gap measure intended as a temporary fix, following the start of the Drug War in 2006, is now a fixture of Mexican Law and Order.

Mexico’s Chamber of Deputies has voted by 339-155 to approve the measure for the Military to continue dispensing and maintaining the role, which was previously occupied by the Police. The General Assemblies of Mexico`s thirty-two States including the Capital incorporating the Federal District will now consider this motion and vote on it.

This has the support of President Andres Manuel Lopez Obrador. For years as an opposition politician, he was shadowed, followed and monitored by civilian agents including the national Intelligence Service CISEN.  After he came to power in 2018, he scrapped the Federal Police, replacing them with the newly created National Guard, which he now wants to incorporate into the Military.

Once largely confined to barracks, truckloads of heavily armed Soldiers, Sailors and Marines are now a common sight on the roads of Mexican towns and cities, often traveling in convoys, impassive or masked.

Rights Groups are railing against this extension of their power, insisting that they should not have jurisdiction over civilians and they possess no policing skills particularly investigative prowess.

Other experts argue that existing Police Forces are comprehensively outgunned by Mexico’s drug cartels which are armed to the teeth.  They say that the Police are poorly trained, often open to bribery and corruption, and fail to carry out arrests. Also, crime detection rates, leading to convictions in courts are lamentable, meaning most people do not have a shred of confidence in them.

Pope: encounter and prayer can change the world