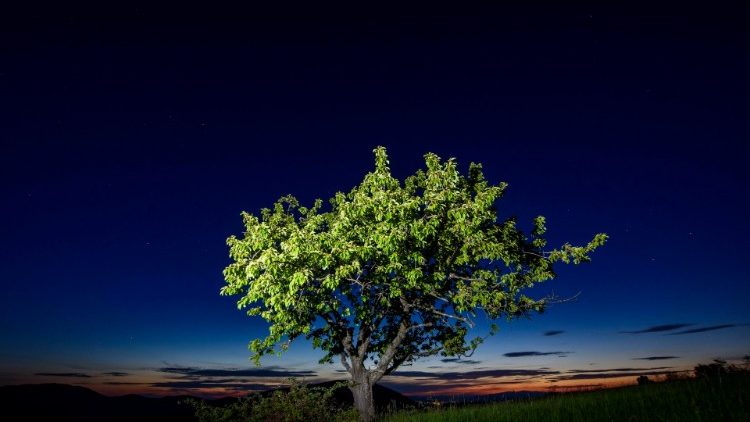 Recalling St. Pope John Paul II’s 1st pastoral visit to Africa in May 1980 during which he gave voice to the cry of the drought-stricken populations of the Sahel, Pope Francis on Sunday encouraged young people committed to a project that fights climate change and worsening conditions in the arid region in the spirit of ‘Laudato Sì’..

Whilst the ‘Laudato Tree Project’ highlights the impact of climate change on some of the world’s most impoverished people, it is actively raising funds for the planting new trees in the Republic of Ireland and, at the same, working on a much more ambitious project in Africa called the Great Green Wall.

Run by the Society of African Missions, the initiative hopes to create a lasting legacy from the Pope’s 2018 visit to Ireland.

Since its inception, the project has caught the imagination of Irish youngsters, especially at schools and colleges where students are well versed in the calamities associated with climate change.

As it stands, Ireland’s tree coverage is the lowest in Europe.

The bigger picture is in Africa though, where the Great Green Wall project aims to plant thousands of kilometres of trees, which, when completed, will span 13 countries stretching from Senegal in the west to Somalia in the east.

The idea is to establish lush green areas in the Sahel region south of the notoriously arid Sahara.

Experts say the idea could be a lifeline for the continent given the ongoing climate crisis which has increased desertification.

It is hoped that the Great Green Wall, when completed in a decade, will be the ‘largest living structure on the planet’.

Furthermore, the increase in trees will help to cultivate fruits, seeds and nuts –all vital for the food supply and domestic economies.

One area which has been active is along the Daka River region, where over 200,000 trees have been planted and another 125,000 regenerated with the help of local communities.

A Sunday for all mothers