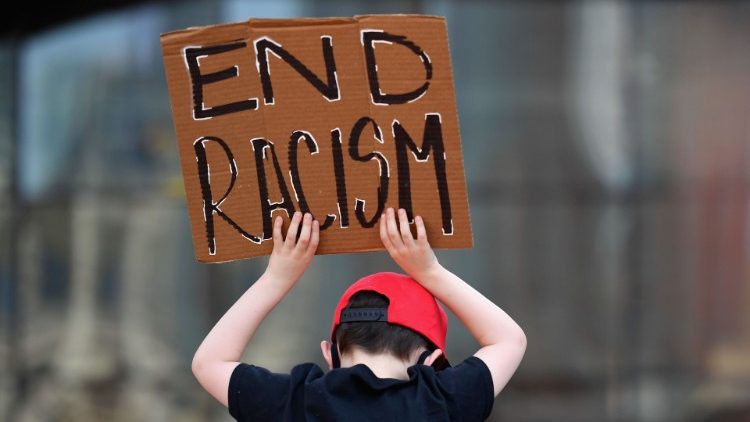 Archbishop Gomez of Los Angeles celebrates Mass to coincide with the burial of George Floyd, and calls on Christians to renew their commitment against racism.

Los Angeles Archbishop José H. Gomez remembered the life of George Floyd during a live-streamed Mass in his Cathedral.

“His death is a sad reminder that we have still have a long way to go in our country to confront the reality of black inequality and the racism that still infects our institutions,” he said.

The Cathedral joined parishes throughout the archdiocese, by tolling its bells for 8 minutes and 46 seconds, the amount of time that George Floyd was held down, as a symbol of solidarity with all honouring his life as he was laid to rest.

Archbishop Gomez, who is also the President of the United States Conference of Catholic Bishops, prayed for the soul of the African American man killed by a police officer on 25 May. He urged Christians to help make America a land of freedom and opportunity for everyone.

During a Mass that coincided with the beginning of Floyd’s funeral in Houston on Tuesday, Gomez described George Floyd’s death as heart-breaking and said: “It was wrong. It never should have happened.”

Floyd’s death has triggered a groundswell of outrage and activism by religious leaders and faith-based groups across the United States, calling for police reforms and efforts to dismantle racism and discrimination against African Americans and other minorities.

Pope Francis has prayed for Floyd, offered his support to a US bishop who knelt in prayer during a Black Lives Matter protest, and warned against turning a blind eye to racism and discrimination.

In his homily, Archbishop Gomez said: “Today we need to renew our sense of purpose. We need to commit ourselves again to making America a land of freedom and opportunity for every person.”

“God does not see black or white. God sees only His children. And He loves each one of us, no matter what the colour of our skin is.” It is the duty of Christians and Catholics “to bring this truth to our society,” he added.

Urging his community to “stand together and walk together, as brothers and sisters,” Gomez spoke of the need to give hope to our children and create a new culture of virtue and communities of compassion and care, “in which we cherish our common humanity.”

He noted that “America’s founders dreamed of a nation where men and women from every race, religion and national background could live in equality, with dignity, and said it is the responsibility of all American citizens to follow up on that dream.”