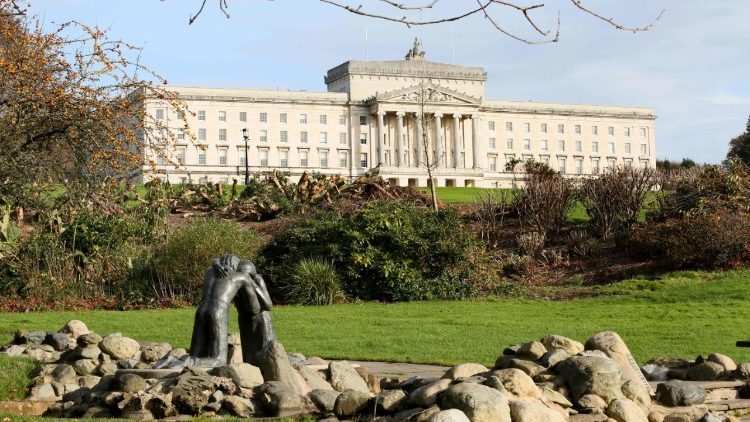 Ireland’s Church leaders express their hope that the Good Friday Agreement of 10 April 1998 will be “a source of inspiration and a foundation to build upon” as the Brexit process nears its deadline.

Church leaders from across the island of Ireland have appealed to the UK and the European Union to act with “urgency and generosity” to secure the best foundations for their evolving relationship as the Brexit process enters a critical phase.

The Church leaders noted that with limited time remaining for the outworking of Brexit, “it is in everyone’s interests to achieve the clarity and security an agreement will provide,” especially for those whose resources are already affected by the impact of the ongoing Covid-19 pandemic.

Brexit – the withdrawal of the United Kingdom from the European Union – has a 31 December 2020 deadline. The UK left the EU on 31 January 2020. This date also signaled the start of a transition period to allow the UK and the EU to agree on the terms of their new relationship including trade and immigration, among other things.

Good Friday Agreement: a good foundation to build upon

The Church leaders said that they do not underestimate the challenges faced by the negotiating parties given the significance of what is at stake. They also welcomed the commitment of the parties to the protection of the Good Friday/Belfast Agreement in all its parts. This agreement, they hoped, will serve “as a source of inspiration and a foundation to build upon” as they work through the Brexit process.

They described the Agreement’s preamble as  a “powerful reminder that it is relationships that make agreements operational.”

The Good Friday agreement, also called the Belfast Agreement, was an accord reached between British and Irish governments and most of the political parties in Northern Ireland on 10 April 1998. Its aim was to establish a new, devolved government for Northern Ireland.

In that light, the principles of tolerance, mutual trust, protection of human rights which the signatories committed to created a new space to navigate the “substantial differences” between their “continuing and equally legitimate, political aspirations.” It also provided a framework to address barriers to political engagement, promote social cohesion and develop the economy.

On top of that, the Church leaders said that the Agreement is regarded as “an act of significant global leadership in peace and reconciliation.” This achievement, they noted, belongs not only to the people of Northern Ireland, but also to the British and Irish people and governments, with the support of the EU and friends in the United States.

“At the heart of the Good Friday Agreement is an acknowledgment of our interdependence,” the Church leaders pointed out.

In this regard, they explained that the Covid-19 pandemic has highlighted the need to “manage risk collaboratively”- not only between Britain and Ireland – but also internationally. Besides, they pointed out that there are other major global challenges on the horizon that will require nations to coordinate their responses and demonstrate a shared vision of leadership, adding that trade agreements, which have vital social and ethical dimensions, cannot be separated from this wider network of relations.

Concluding, the Church leaders highlighted that the future relationship between the UK and the EU will be the focus of debate for many years to come. They, therefore, called on the parties to “secure the best possible foundations for that evolving relationship by giving the much-needed certainty on the economic and social implications”, and provide a “framework within which future challenges can be addressed on the basis of relationships of trust and mutual respect.”

“Fratelli tutti”: a call to disrupt our lives and pay attention to the world