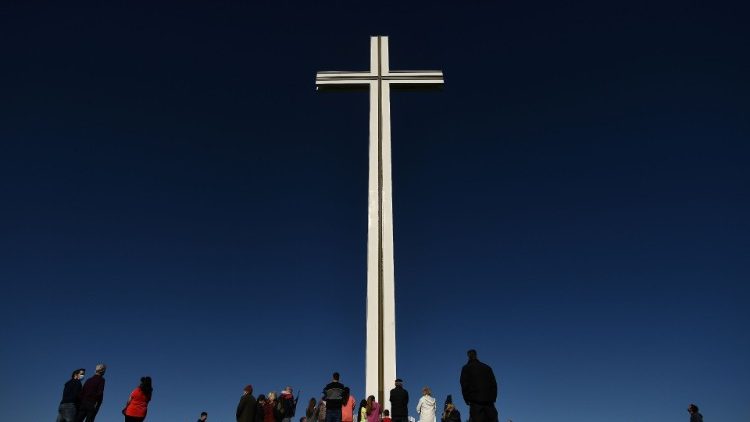 The Catholic Bishops of Ireland wrap up their Summer 2022 General Meeting in Maynooth, as Irish Church prepares for its National Pre-Synodal Assembly to take place on 18 June.

The Synodal process in Ireland, the upcoming 10th World Meeting of Families in Rome, World Day for Grandparents and the Elderly, Child safeguarding, the ongoiing war in Ukraine and the subsequent refugee crisis, the situation in Northern Ireland, and the hunger crisis in the Horn of Africa were among the topics discussed during the Summer 2022 General Meeting of the Irish Catholic Bishops’ Conference, which was held this week in-person at Saint Patrick’s College, Maynooth.

The first point in the agenda was the Synodal process in Ireland preparing for the 2023 General Synod in Rome, and specifically the National Pre-Synodal Assembly to take place in Athlone this Saturday, 18 June, in which 160 delegates are expected to participate.

The gathering is an important moment of the first stage of the Universal Synodal process, but also marks a milestone in the five-year Synodal Pathway timeline for the Church in Ireland, which comprises two phases: a two-year phase of listening and discernment (2021 – 2023) followed by a three-year phase of planning and implementation.

During the meeting the irish Bishops were addressed by Sister Nathalie Becquart XMCJ, Undersecretary of the Synod of Bishops,  who gave a speech on sinodalty. She emphasised that Pope Francis strongly considers the most important phase of the synodal process to be the diocesan phase as it draws on input from the grassroots and  asks of everybody to give their voice to the process regardless of their background and experience of Church.

Sister Becquart concluded that the synodal process for the Church locally, and universally, is a creative path and that we have no idea yet where it will end.  However, she said that it is through this experience of the journey, step-by-step, that the faithful are unfolding this path which, at its core, is a spiritual process.  Therefore, we have to be open to the “surprises of the Holy Spirit”, she said.

War in Ukraine and refugee crisis

Among other important topics discussed during the session was the ongoing war in Ukraine and its tragic, traumatic and dehumanising impacts for her people. The Bishops expressed great appreciation for €4.3m collected in Irish parishes for the people of Ukraine and discussed the  plight of refugees in Ireland.

While welcoming the initial response of the European Union and the Government of Ireland in welcoming refugees, they expressed their concern about reports on the conditions that some Ukrainian and other refugees are experiencing in Ireland. “It is incumbent on civil authorities – North and South – to assist those who have experienced hardship and displacement, and this should include cross-border cooperation on the island of Ireland”.  the prelates  said.

“As a Church, we are working to improve the quality of life, and to uphold the dignity, of those who have come to our country for refuge.”

The assembly also discussed the current situation in Nortern Ireland, specifically the British government’s  plans to change the Northern Ireland Protocol, part of the Brexit deal Prime Minister Boris Johnson agreed with the European Union with the aim of avoiding checks on goods crossing the border with the Republic of Ireland.

In this regard, the Irish Bishops warned that these latestest developments “have the potential to undermine trust in the political process and threaten economic wellbeing.”

“While these developments may be seen as simply in the realm of politics, the daily reality for people and communities in the North is that help is required – urgently – to deal with the cost of living crisis, the crisis in the health service, to protect peace and to serve the common good.”

Preparing for the World Meeting of  Families in Rome

As the Diocese of Rome prepares to host the 10th World Meeting of Families, from 22 – 25 June, on the theme, ‘Family love: a vocation and a path to holiness’, bishops encouraged parishes to follow the ceremonies that will be live-streamed from the Eternal City  even  by way of gathering in a parish centre to watch them and invited families and parishes ato pray the Prayer for the World Meeting of Family 2022.

An Irish delegation is scheduled  to attend the gathering comprising family members as well as the President of the Bishops’ Conference, Archbishop Eamon Martin of Armagh, Vice-President Archbishop Dermot Farrell of Dublin and the Chair of the Council for Marriage & Family Bishop Denis Nulty of Kildare & Leighlin.

Society of St. Paul: Seeking to be artisans of communion announcing joy of Gospel