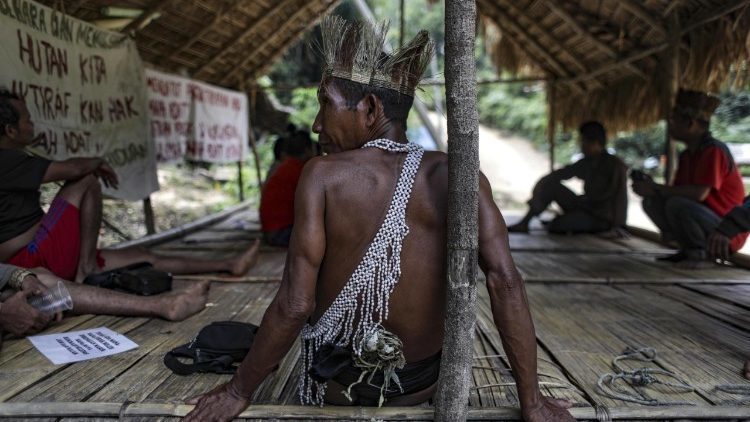 Thursday marks the International Day of the World’s Indigenous Peoples, a day which has been celebrated by the UN every 9th of August for the last 24 years. The commemoration seeks to help people “commit to fully realizing the United Nations Declaration on the Rights of Indigenous Peoples, including the rights to self-determination and to traditional lands, territories and resources.”

There are an estimated 370 million indigenous people spread across 90 countries in the world – making up less than 5% of the world’s population yet accounting for 15% of its poorest. They represent 5,000 different cultures and speak a majority of the world’s estimated 7,000 languages.

Amongst the most disadvantaged and vulnerable groups of people, Indigenous peoples have sought for the recognition of their identities, way of life and right to traditional lands, territories and natural resources for years, according to the UN.

Hindou Oumarou Ibrahim, 33 year-old Chadian Indigenous woman from a Mbororo pastoralist community, representative of the Sahel territory at the Indigenous Peoples of Africa Coordinating committee and President of the “Association des Femmes Peules Autochtones du Tchad”, which she founded, spoke to Vatican News.

Climate change, does it affect some more than others?

Ibrahim says that there are three groups of nomads in Chad who travel different distances, usually leaving during the dry season and returning for the rain. She talks about the life-altering effect that climate change has on them – perhaps underestimated by those who live outside of these communities.

They live off the nature that surrounds them, regardless of what form of nature that may be, sand or ice. Global warming is scarcening these resources, making their traditional movements more difficult.

Whilst travelling for long periods of time they must find areas in which to settle, as passers-by. They use their cattle’s manure to fertilise the land and often then return to their previous settlement – perhaps during their journey back – and find that it has been taken over by another community. This causes conflict as they must find another way to access the water and resources that the now occupied land had previously provided for them.

In order to obtain natural resources, communities need to fight between each other for them. An alternative solution would be to pay the government authorities, in order to then gain access to them. This, of course, is a huge violation of the community’s rights.

Applying Spiritual Exercises to the rights of Indigenous People

Msgr. Fernando Chica Arellano, the Holy See’s Permanent Observer at the FAO, urges everyone to follow three points that Saint Ignatius Loyola proposes in his “Spiritual Exercises” and apply them to the Indigenous people:

·        “See people”. Referring the 2019 Synod on Indigenous peoples, he says that one of the goals of the Synod will be to create a church which reflects the face of the indigenous people – “one that sadly is not idyllic, but one that reflects suffering and is marked by deep wounds.”

·        “Listen to what the Indigenous communities say”. He says that Pope Francis urged us to “listen to the rights of the people who have had their words removed from them and silence forced upon them.”

·        “Consider what they do”. Pope Francis believes in a “care for our common home”, so Msgr. Arellano says that we have a lot to learn from Indigenous peoples and their traditions. He says we admire them for being communities who live well when they live together – something he wishes upon the rest of mankind: to live in harmony amongst each other.

Reflections for the XIX Sunday