Indian farmers to reap the pain of climate change 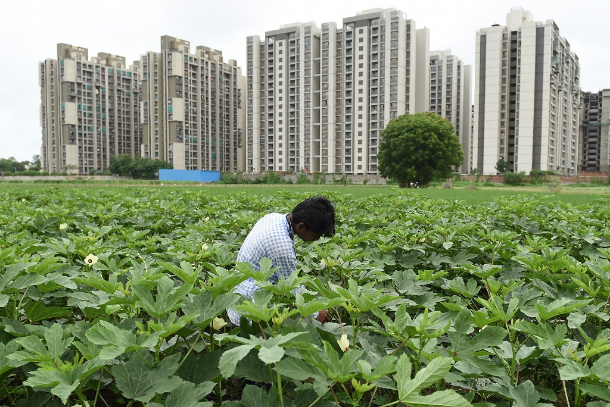 India’s farmers will be hardest hit by global warming, with the effects of the climate crisis already being felt a generation ahead of predictions, experts have warned.

The dire warning comes after the Oct. 8 release of the U.N.’s Intergovernmental Panel for Climate Change (IPCC) report compiled by 91 climate experts from 40 countries.

The report warned that there were only a dozen years left for global warming to be kept to a maximum of 1.5 Celsius. After that, even a half a degree increase will significantly worsen the risks of drought, floods, extreme heat and impoverish hundreds of millions of people.

The report said “urgent and unprecedented changes” were needed to reach the target, which they described as “affordable and feasible.”

But it also warned that even if the increase can be held at 1.5C, as outlined in the more ambitious targets of the 2016 Paris Agreement, it may still not be enough to avert a climate crisis.

Professor Arumar Ravi, who co-authored the IPCC report, said it should be of particular concern for India.

He said summer temperatures could increase by 3C and weather patterns change dramatically, resulting in severe floods washing away farm land, homes, roads and bridges. Other side effects would be poverty, food shortages and increased pollution.

“The days we predicted would happen in our children’s times are happening in our own times now,” Ravi said. “But, if we act fast dramatic differences can occur and we can still make our world a safer place to live in.”

India is responsible for six percent of global carbon emissions, behind China (28 percent), the United States (16 percent) and the European Union (10 percent).

India’s commitment is to reduce its 2015 emission levels by 33-35 percent by 2030 through non-fossil fuels and alternative energy use.

N. C. Saxena, an expert on climate change in India, said the farm sector, which depends on water, will be the hardest hit sector by changing weather patterns.

As an example, Saxena said farmers in the southern state of Andhra Pradesh could see their incomes plunge by as much as 20 percent.

He said un-seasonal rains could lower sugarcane production in Maharashtra by 25-30 percent and rice-paddy farming in eastern Odisha state by 12 percent.

According to a study by Jayant Sathaye, P. R. Shukla and N. H. Ravindranath from Lawrence Berkeley National Laboratory in California, climate change is likely to impact natural ecosystems as well as socio-economic systems in India.

It noted that nearly two-thirds of India’s 1.2 billion people depend directly on climate-sensitive sectors such as agriculture, fisheries and forests.  Climate changes are likely to affect food production, water supplies, biodiversity and livelihoods.

But according to Ravi development and action on climate change can co-exist. “Build buildings more efficiently, bring order in public transport; this gives a whole range of other benefits like improved health and less pollution,” he said.

To a mother missing a son