Guinea bishop appeals for peace on eve of elections 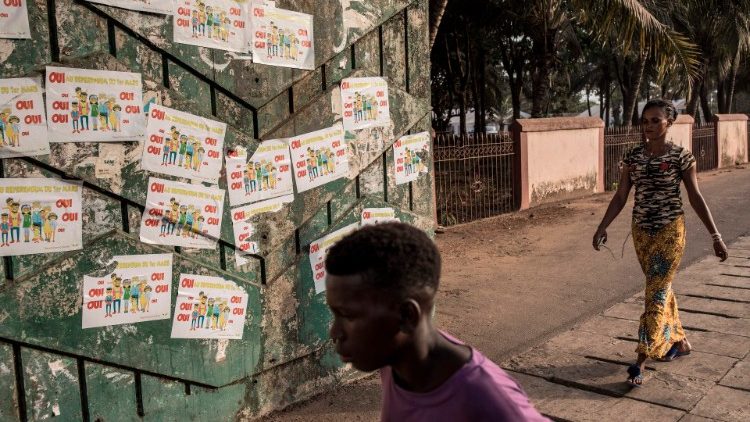 The Archbishop of Conakry exhorts the people and the political authorities of the Republic of Guinea put an end to “useless conflicts” as the country heads to the polls.

On Sunday, 1 March, citizens of the Republic of Guinea are called to cast their ballots in a double round of elections: a parliamentary vote and a referendum on the reform of the Constitution.

The referendum aims to remove the limit of two presidential terms for the Head of State, thus opening the possibility of a third nomination for President Alpha Condé.

In the run-up to the vote, widespread demonstrations against the new Constitution have turned violent with security forces using tear gas, riot gear and even firearms against protesters. More than 30 people have been killed and dozens injured.

The National Front for the Defense of the Constitution made up of opposition parties, trade unions and members of civil society has asked the people to boycott the Referendum and called for new demonstrations on February 27.

The Catholic Church meanwhile has been increasingly vocal in calling for calm and dialogue.

On the Sunday preceding the vote, Archbishop Vincent Coulibaly of Conakry, invited all actors in society to nurture dialogue and prevent Guinea from “sinking into fruitless confrontations.”

Speaking on the closing day of a Diocesan Youth Day celebration, he said, “We cannot overlook the role of young people, because of their numerical importance, their vulnerability in situations of conflict, their fragility, and permeability to violent rhetoric.”

He exhorted the faithful, all men and women of goodwill and the institutions to pursue peaceful confrontation, putting an end to “useless conflicts.”

Alpha Condé became Guinea’s first democratically elected leader in 2010, but his critics accuse him of becoming increasingly authoritarian and of wanting to use a constitution change to run for a third term. He claims the 2010 Constitution needs modernising.

The West African nation is rich with natural resources including the world’s largest bauxite reserves, gold, diamond, and iron ore. But investments have stalled due to political instability and a lack of infrastructure and most of its 13 million people live in poverty.

A group of international observers who had been due to monitor Sunday’s vote has questioned the credibility of the vote and suspended its support of the ballot.