Global Catholic Climate Movement: Raise your voice on behalf of our common home 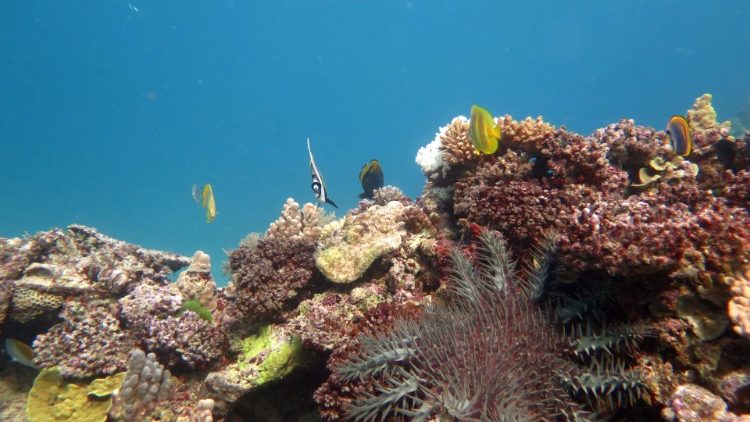 The Executive Director of the Global Catholic Climate Movement (GCCM) talks about the importance of this week’s “One Planet Summit” to discuss biodiversity and the impact of its loss on the planet.

Tomas Insua speaks of his two main hopes as the One Planet Summit is held in Paris and on a virtual platform. Speaking to Linda Bordoni, the Executive Director of the Global Catholic Climate Movement notes that the last four years have been “disastrous for our common home.”

There is a lot of hope for multilateral cooperation to be reignited so that governments can do the work “they urgently need to do,” he says.

The One Planet Summit aims to rethink our relationship with nature and involve as many actors as possible for a change of values, economic development models and consumption that overcome the current production paradigm, which so far has damaged three quarters of the earth’s surface.

Tomas Insua continues by saying that his second hope is that the summit can begin “connecting the dots between the biodiversity crisis and the climate crisis.” The two crises, he says, are “deeply interrelated”. “We can’t solve one without solving the other,” he notes.

This is the first time that an international effort is being made to connect those dots, he says. “I am hoping that we will understand the severity of these two crises and tackle them together as they need to be tackled.”

“No one is saved alone”

Tomas Insua goes on to note that Pope Francis’ prophetic words, spoken on 20 October at the International Meeting for Peace, are “applicable to so many global crises” and that “the environment crisis is no exception.”

“We are all in the same boat, and this planet we’re calling home is exactly that, a boat in the universe, in the vast expanses of the universe. We are all together in this tiny boat, a really fragile one, and we need to care for it because if we lose the boat we are on then we are all lost as well: human and non-human creatures inhabiting this planet,” according to Pope Francis.

Pope Francis’ encyclical Laudato si’ “sparked a decisive contribution in movement within the Catholic Church,” says Tomas Insua. “Though 5 years of Laudato sì have catalyzed an enormous amount of action at the local level” there is still so much work to be done.

He explains that the Global Catholic Climate movement has been able to witness this action: “We are a network of 750 Catholic organisations working togehther to live Laudato si’ and put this message into action.” He explains that the Movement has over 15,000 local leaders signed up for their animators programme, and that 7,000 are already certified.

“They’re leading all this action in their local communities and we are seeing pretty transformative action happening on all sorts of levels, ranging from spiritual ecological conversion efforts all the way to concrete sustainability actions and parishes and schools.”

Tomas Insua goes on to stress that the GCCM are Catholics raising their voice “on behalf of our common home and the most vulnerable who are our poor sisters and brothers, suffering the most from this crisis.”

We are seeing a tonne of action though it is not enough: “We are behind and need to accelerate,” he says. That is our hope for 2021, he continues: “The Laudato si’ year that the Vatican proclaimed last May is coming to an end, so we hope this will be an opportunity to spark even more action.”

It was Pope St. John Paul II who first spoke of ‘ecological conversion’, says Tomas Insua. “I am obsolutely convinced that this profound change of heart, this ecological conversion, this transformation of the way we relate to creation is at the core of everything,”he adds.

Tomas Insua then stresses that in order for this Laudato si’ message to be lived and cared for it must be “driven by this deep transformation of the heart.”

Like St Francis of Assisi, he continues, we must “live this understanding of Creation as a universal fraternity that we are all brothers and sisters that are connected by this bond of love.” Only in this way, he says, can we “catalyse actual tangilble transformation of our lives and all the hard work that needs to happen to live more sustainable lives.” Everything, he concludes, “needs to be driven by conversion.”