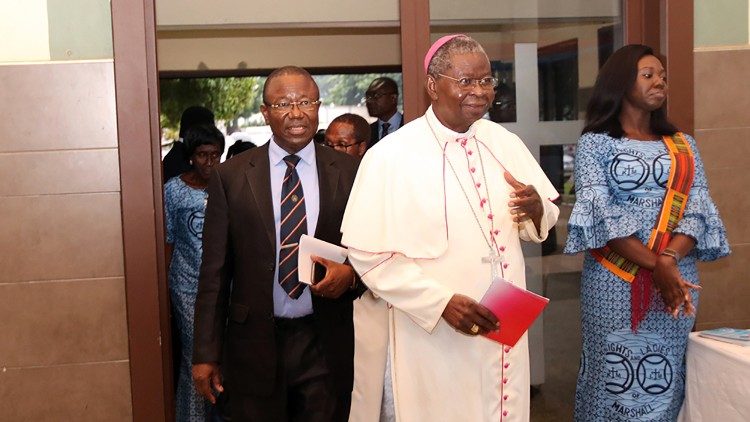 Ghana: With so many Christians in government, why does corruption persist?

The Archbishop of Tamale and President of the Ghana Catholic Bishops Conference, Philip Naameh, is saddened by the prevalence of corruption in the country when Christians are, in fact, the majority.

Ghana’s Radio Angelus says Archbishop Philip Naameh, President of the Ghana Catholic Bishops Conference and Archbishop of Tamale is disturbed by the fact that “even though the Christian population is the largest in the Ghanaian political setting, corruption has become the order of day.”

Ghana has a Christian population of more than 70%

According to statistics available, Christianity is the largest religion in terms of numbers with approximately 71.2% of Ghanaians professing membership with various Christian denominations. Archbishop Naameh wonders why then corruption in government and political institutions is rife.

“If we take politics as an example, our political landscape is full of Christians. We say we are 71 per cent but who are those doing the bribery and the corruption and the stealing of state money either for our families or for our individual needs or wants?” wondered Archbishop Naameh.

Distinguish yourself from those who do not know Christ

Archbishop Naameh further made a passionate plea for Christians in government to bear faithful Christian witness in their places of work. He urged Christians to transform the face of doing politics in Ghana by living according to the tenets of Christianity.

Ghana on the Corruption Perception Index

In the 2019 worldwide Corruption Perception Index (CPI) released in January, this year, Ghana scored 41 out of a possible score of 100. Nevertheless, Ghana performed better than 37 other Sub-Saharan African countries.

The Ghana Integrity Initiative (GII), a local chapter of TI, which released the report recommended that “Government must take a critical look at elements that promote public sector corruption including patronage, clientelism, nepotism and suspiciously close ties between politics and business.”