Fear and foreboding in Bangkok 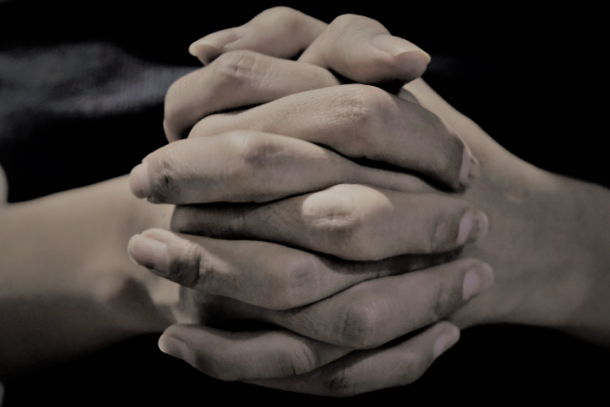 The five Pakistani Catholic families, some two-dozen people in all, huddle anxiously in a small house church owned by a Protestant pastor in the eastern part of Bangkok.They keep their voices down, have the curtains drawn, and make sure the front door always stays locked.They never venture outside for fear of being spotted by Thai immigration authorities, who have stepped-up raids on illegal migrants and visa over-stayers around the Thai capital.The Christians have been hiding out inside the little church for days.In recent days upwards of 200 of their coreligionists from Pakistan have been detained during ongoing raids on low-rent condominiums inhabited mostly by people from South Asia, Africa and the Middle East.

Anyone found to have overstayed their visa is taken to Bangkok’s Immigration Detention Center (IDC), where men, women and children are kept in squalid, prison-like conditions. Christian detainees may soon be facing the prospect of being deported back to Pakistan, from where they have fled, often in fear of their lives.To avoid that fate, the five Catholic asylum-seeking families, including 10 children between the ages of two and nine, have been sheltering at the home of a welcoming local Christian. They have left their small rented apartments in the bare-bones condominiums that are popular with impecunious refugees and migrants in case immigration officials raid them.”This is where we’ve prayed on Sundays and this is where we’re now hiding,” says John Masih (not his real name), a man in his early twenties who has been sheltering at the small church with his wife and three-year-old son. “We’re afraid to go out on the street,” he adds.The women and children sleep on settees and mattresses in an upstairs room. The men bed down on blankets laid on the floor in the downstairs prayer room. There is only a single bathroom for two dozen people. Some adults appear fretful, others more stoic.Several men spend much of their time keeping an eye on social media apps on their phones for news of the latest raids around town. For now they are reasonably safe here.”This is a private house owned by a Thai citizen so the police can’t enter without a permit,” an asylum seeker explains. “It’s difficult to stay like this, especially for the children. But we have no choice.”The crackdown on illegal immigrants and visa over-stayers has put Bangkok’s 2,500-strong Pakistani Christian refugee community on edge.Thai authorities say they are seeking to roll back cross-border people-smuggling networks and the operations of international criminal syndicates. In arresting people, however, they do not discriminate between alleged law-breakers and genuine asylum seekers like Pakistani Christians.Thailand isn’t a signatory to the U.N.’s convention on refugees and people seeking asylum from nearby countries are routinely allowed to stay only on sufferance.Christians from Pakistan say they have fled persistent discrimination and the threat of violence in their Muslim-majority homeland, where more intolerant streams of Islam have been in the ascendant. Yet such foreign religious matters are often of no interest to Thai authorities. “It’s a problem that [immigration officials] don’t know about the situation in Pakistan and don’t understand we are a persecuted people,” says David Anwar (not his real name), a Pakistani Christian who has been granted refugee status by the United Nations High Commissioner for Refugees (UNHCR) and is awaiting to be resettled in a third country like New Zealand or Canada.In a hardening of official policy on people staying illegally in Thailand, local immigration officials have announced that visa over-stayers, including Pakistani Christians who do not have U.N.-sponsored refugee status, will be deported back to their countries of citizenship.On Oct. 11, a total of 70 Pakistani Christian and Ahmadi Muslim asylum seekers were convicted by a local court of overstaying their visas and entering the country illegally. They are being held at the IDC, from where they will likely be deported.Thai authorities have also canceled bail, at least for now, for people previously released from the IDC, which means people out on bail may soon have to return to detention.The decisions have sent shockwaves among asylum seekers in Bangkok.”We are in distress,” says a Christian man in his late thirties who fled Pakistan after he was accused by some Muslims of seeking to undermine Islam by printing Bibles. “It would be a terrible blow to us if we had to return to Pakistan.”Pakistan’s government has stressed that the rights of religious minorities are respected. Pakistani Christians insist, however, that discrimination against them is endemic with many better-paying jobs and government positions barred to them.Numerous Christians have also been charged with blasphemy or have fallen victim to attacks by vigilante mobs, often after being falsely accused of insulting Muslims or Islam.”It’s very hard for Christians in Pakistan and the situation is getting worse,” Anwar says. “Almost every day we hear news of Christians being attacked or Christian homes burned down.”Hundreds of Pakistani Christians have been languishing in Bangkok for several years, awaiting a chance to be granted refugee status and allowed to leave for a third country. They are deemed to be illegal migrants by Thai law and so are unable to work legally.”We’ve been here for years,” Masih says. “My son was born here so he’s a stateless child.”Masih fled to Bangkok on a two-month tourist visa in early 2014 from Lahore after a mob of Muslim men, who had accused him of blasphemy for playing Christian songs in a teenage band, waylaid him and his young wife one evening and forced the couple at gunpoint to convert to Islam.His application for refugee status has been denied by the UNHCR’s local office in what he regards as an unjust decision. In that he is like many other Pakistani Christian asylum seekers in Bangkok.He is also like many other asylum seekers in that his family barely make ends meet on small monthly handouts from local Catholic charities. Over the years Masih has had some part-time jobs, but his illegal status in Thailand has made it hard for him to find steady employment.”I keep my head down and wait for my turn [to receive the monthly donation],” he says.”We just need a safe haven, wherever that is,” he adds.For the time being, that safe haven is temporary and is in the little Protestant church.”I don’t know how long we’ll have to stay here. Maybe weeks,” Masih says. “Until it’s safe to leave.”Then, his family of three will return to their small rented apartment in a nearby low-rent condo. There, they’ll carry on trying to stay out of sight as they pine for the chance to relocate to any country willing to grant them refuge.”We’re helpless and hopeless,” Masih laments. “We’re praying for a miracle.”