End of Ebola in DRC and a thank you to donors 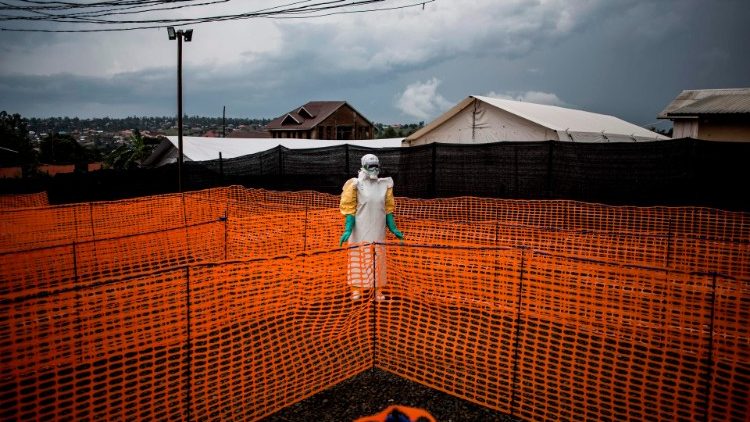 The World Health Organisation (WHO) has acknowledged several donors who provided funds for the Government-led response against the10th outbreak of the Ebola virus disease in the Democratic Republic of the Congo (DRC).

A salute to heroic responders

“Today marks the end of the 10th outbreak of Ebola virus disease in the Democratic Republic of the Congo (DRC). This long, complex and difficult outbreak has been overcome due to the leadership and commitment of the Government of the DRC, supported by the World Health Organization (WHO), a multitude of partners, donors, and above all, the efforts of the communities affected by the virus,” read a statement simultaneously released in Kinshasa, Brazzaville and Geneva.

This was the second-largest Ebola outbreak in the world

According to WHO, the outbreak, declared in the DRC’s North Kivu region, on 1 August 2018, was the second-largest in the world and was particularly challenging as it took place in an active conflict zone. There were 3 470 cases, 2 287 deaths and 1 171 survivors.

The response was led by the DRC Government and the Ministry of Health and supported by WHO and partners. The more than 22-month-long response involved training thousands of health workers, registering 250 000 contacts, testing 220 000 samples, providing patients with equitable access to advanced therapeutics, vaccinating over 303 000 people and offering care for all survivors after their recovery, said WHO.

Due to local leadership Ebola outbreak did not spread globally

“The response was bolstered by the engagement and leadership of the affected communities. Thanks to their efforts, this outbreak did not spread globally. More than 16 000 local frontline responders worked alongside the more than 1500 people deployed by WHO. Support from donors was essential, as was the work of UN partner agencies, national and international NGOs, research networks, and partners deployed through the Global Outbreak Alert and Response Network. Hard work to build up preparedness capacities in neighbouring countries also limited the risk of the outbreak expanding,” WHO said.

While congratulating all those involved in the arduous and often dangerous work required to end the outbreak, WHO is stressing the need for vigilance to contain potential flare-ups in the months to come.

“The outbreak took so much from all of us, especially from the people of DRC, but we came out of it with valuable lessons and valuable tools. The world is now better-equipped to respond to Ebola. A vaccine has been licensed, and effective treatments identified,” said WHO Director-General Dr Tedros Adhanom Ghebreyesus.

A moment worth celebrating

“We should celebrate this moment, but we must resist complacency. Viruses do not take breaks. Ultimately, the best defence against any outbreak is investing in a stronger health system as the foundation for universal health coverage.”

Work will continue to build on the gains made in this response to address other health challenges, including measles and COVID-19.

“During the almost two years we fought the Ebola virus, WHO and partners helped strengthen the capacity of local health authorities to manage outbreaks,” said Dr Matshidiso Moeti, WHO Regional Director for Africa.

“The DRC is now better, smarter and faster at responding to Ebola and this is an enduring legacy which is supporting the response to COVID-19 and other outbreaks.”

As countries around the world face the COVID-19 pandemic, the DRC Ebola response provides useful lessons. Many of the public health measures that have been successful in stopping Ebola are the same measures that are now essential for stopping COVID-19: Finding, isolating, testing, and caring for every case and relentless contact tracing.

In DRC, community workers were provided with training and a smartphone data collection app that enabled them to track contacts and report in real-time rather than fill in laborious paper reports. Even when violence locked down cities, the community workers, many of them local women, continued to track and trace contacts using the application, something that was crucial for ending this outbreak.

A Govt that serves and not rules, says new Malawian President