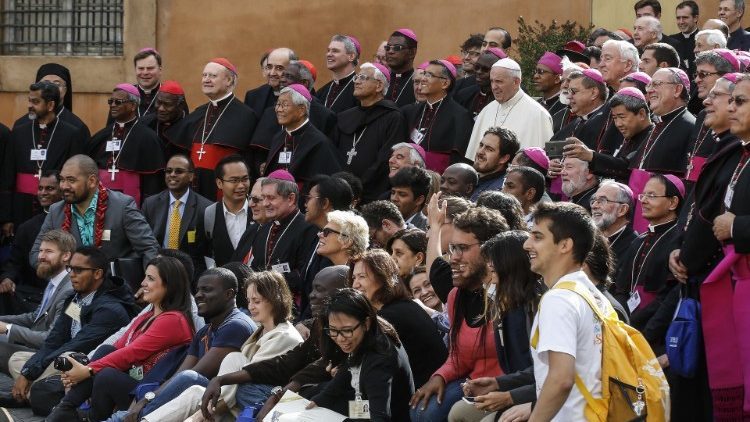 According to a Synod Father from Indonesia, education, jobs, the fight against intolerance and environmental protection are the main challenges that the young people of his country are facing.

“The country is called to provide them with an adequate education, with the same quality both in the more developed regions, such as Java and Sumatra, as well as the less prosperous regions, like Papua and Kalimantan,” Bishop Pius Riana Prapdi of Ketapang told AsiaNews.

Bishop Prapdi, the president of the Youth Commission of the Bishops’ Conference of Indonesia (KWI), and Bishop Adrianus Sunarko of Pangkal-Pinang (Bangka-Belitung) are the two Synod Fathers representing the Indonesian Church at the world Synod of Bishops in the Vatican.

There is also a young lay woman, Anastasia Indrawan, a member of the Youth Commission who is representing the young people of Indonesia at the Synod as an auditor.

The October 3-28 world Synod of Bishops on the theme, “Young People, the Faith and Vocational Discernment”, is coming to an end on Sunday, with a Mass by Pope Francis in St. Peter’s Basilica in the Vatican.

Indonesia, home to the world’s largest Muslim population and the fourth most populous country in the world, is going through a demographic transition.

In the coming years, the younger segment of the Indonesian population will continue to grow, although at a slower rate than that of their parents. According to government data, those aged between 15 and 29 number more than 62 million of the nation’s estimated population of over 266 million.

While expressing satisfaction over numerous young people, Bishop Prapdi said that a young and growing labour force will need quality jobs, which makes vocational training crucial.  “It would be a disaster if young people were not qualified and had a weak mindset”, the bishop stressed.

Young people in the most populous Islamic country in the world are also threatened by Islamist pressures.

According to Bishop Prapdi, “relations between the different communities are good”, but it is necessary to “recognize that radical groups operate in society, promoting intolerance with a considerable attraction for youth.”

According to the bishop, economic development must not ignore the protection of the environment. He called for a “serious commitment to nature” through programmes and initiatives that counter consumerism and the problems it creates, such as monocultures, excessive use of plastic and paper and deforestation.

In Indonesia, out of about seven million Catholics, two are young. “We realize that they are a ‘small flock’ but we can face the challenges knowing that they are the missionaries in today’s world,” Bishop Prapdi said.

He said that in many of the country’s 37 dioceses and also at the national level, the Church offers young men and women different programmes aimed at business training, leadership, environmental protection and interfaith dialogue.  “This way,” he said, “they can participate in the building of the Church and of society.”

The Synod on Young People: What does the Final Document Say?