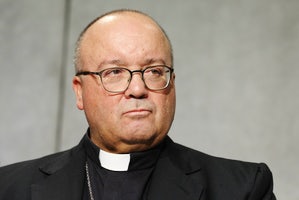 A Vatican request that the US bishops postpone voting on several proposals to address abuse was a disappointment but they “quickly took a deep breath” and realized they could still have a productive discussion about the measures, said New York Cardinal Timothy M. Dolan.

“It’s a big thing and I don’t mind telling you … that from what I’ve heard my brothers say, there was a sense of disappointment and we can’t deny that,” the cardinal said in a Nov. 13 interview with host Mgr Jim Vlaun during “Conversation with Cardinal Dolan” on SiriusXM’s Catholic Channel.

“I think there was a momentum going, and we looked forward to a fruitful week, and now there’s a little frustration,” the cardinal told the priest, who is president and CEO of Telecare Television of the Diocese of Rockville Centre, New York.

Day 2 of US bishops’ meeting: Institution still trumps the mission

Where there are lies, there can be no love, pope says