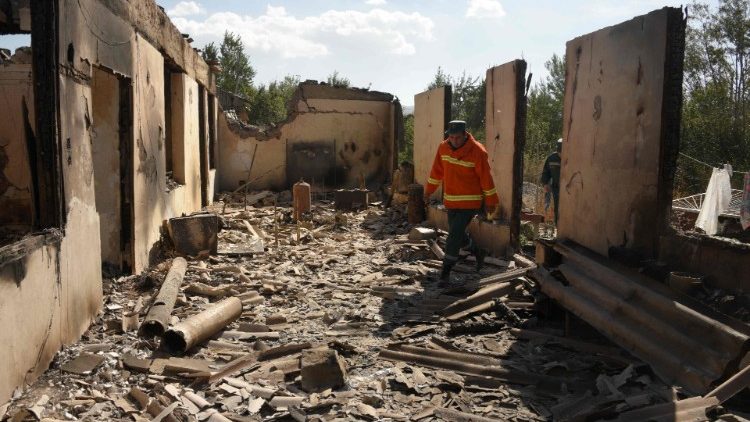 After reports of more than 200 soldiers killed on both sides of the latest round of clashes between Azerbaijan and Armenia, the international community and the UN welcome a ceasefire, while Pope Francis reiterates his appeals for peace amid many conflicts hotspots in the world.

Azerbaijani authorities announced on Thursday that more than 70 of its troops had been killed this week in border clashes with Armenia, in the worst fighting since 2020.

This is the latest in a series of long-running conflicts over the disputed Nagorno-Karabakh region between the two neighbours.

Armenian Prime Minister Nikol Pashinyan on Friday said that 135 servicemen had been killed in attacks blamed on Azerbaijan. Pashinyan had said on Wednesday that 105 soldiers had died and the figure was likely to rise.

The sudden resurgence of fighting, which has killed over 200 soldiers from both sides, slowed after Armenia and Azerbaijan negotiated a ceasefire which came into effect on Wednesday evening.

A fragile ceasefire brokered by Russia on Tuesday had failed to hold, with reports of violence continuing into Wednesday, and both sides trading blame for the hostilities.

The United Nations welcomed the ceasefire on Thursday. UN Assistant Secretary-General for Europe, Central Asia and Americas, Miroslav Jenča, urged the international community to “remain fully committed to a peaceful settlement” between Armenia and Azerbaijan and “spare no effort to de-escalate the current tensions, bring the parties back to the negotiation table and help them achieve peace and stability in the region.”

The ceasefire has also been hailed by the EU, which said it was being respected so far.

The two former Soviet republics have been locked in a long-running conflict over the mountainous Nagorno-Karabakh region.

A Russia-brokered peace deal that ended the 2020 war saw Armenia withdraw its forces from some occupied areas within Azerbaijan.

International leaders are engaging in diplomatic efforts to prevent this latest round of violence from escalating into a deadlier war.

Pope Francis, in a few words addressed to the faithful in Kazakhstan at the end of Mass on Wednesday during his just-concluded 3-day Apostolic Journey, turned his thoughts to Ukraine and all the war-ravaged areas in the world, noting also the reports of violence in the Caucasus region in these days.

He urged everyone to come to aid of those who suffer and to insist that genuine efforts be made to achieve peace, stressing that “the one solution is peace and the only way to arrive at peace is through dialogue.”

The Pope, once again, picked up the appeal against the violence between Azerbaijan and Armenia during the in-flight press conference on his way back to Rome from Kazakhstan, lamenting the fighting in Ukraine, Syria, the Horn of Africa, and northern Ethiopa, among others.

“War itself is a mistake; it is a mistake!” the Pope said, expressing concern that conflicts are becoming commonplace.

Pope thanks Our Lady for protection on Kazakhstan visit