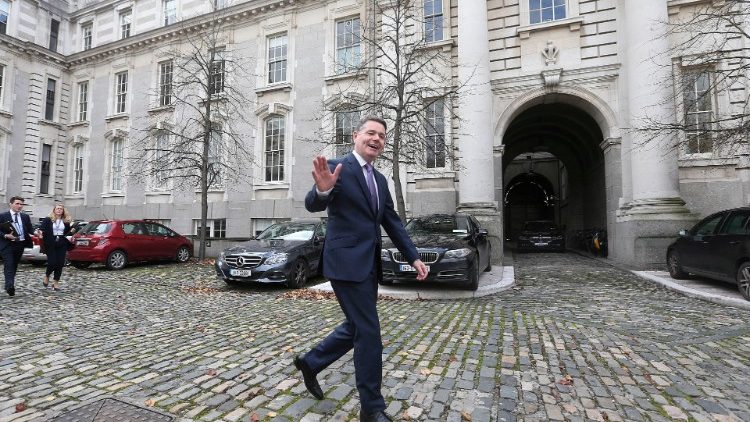 In an interview with Vatican Radio, the CEO of Social Justice Ireland talks about the economic fallout from the coronavirus pandemic and the path forward.

In Europe, after months of restrictions due to the Covid-19 pandemic, countries are slowly getting back on their feet. But they are also facing a very different economic outlook, with nations bracing themselves for the biggest downturn in decades.

The European Commission has said the EU faces a recession of historic proportions. Many experts have also described the downturn as the worst crisis since the great depression.

One major fallout from this pandemic has been the dramatic rise in global unemployment.

This week the transportation industry announced thousands of job cuts. European budget carrier EasyJet will cut up to a third of its workforce due to the knock-on effects of the pandemic. The auto industry too has been hit hard.

One European country which has seen a dramatic increase in unemployment as a result of the coronavirus is Ireland. It’s estimated that 140,000 people there are now out of work due to the lockdown put in place to halt the spread of the disease.

“It’s already having a devastating effect because at the moment we already have a situation, a great many people lost their jobs, so the government is supporting those with a special payment.” “There will be long term unemployment”, he underlined.

Another group expected to swell the country’s unemployment figures in the next few months are those graduating from university.

Previously, in situations like these Irish people emigrated to increase their chances of finding work, but due to the global nature of this pandemic, noted the CEO, “they don’t have anywhere to emigrate to at this moment.”Listen to the interview

“Another point Dr. Healy addressed was the issue of poverty. “We have a situation wherein Ireland at the moment; there is just under 15 percent of the whole population living in poverty and that’s like 680,000 people out of a population just over 5 million. So a quarter of all those are children.”

He also noted that up until the coronavirus outbreak, Ireland had a high level of employment. However, many jobs were precarious and low paid, “so while it’s registered as employment it isn’t really paying a sufficient income with dignity”.

In Europe and the United States, many people have had to go to food banks in order to feed themselves due to the crushing blow this pandemic has inflicted on them economically. Ireland too has seen a rise in the number of people needing help. Dr. Healy said the reality is that “there’s an awful lot of people struggling to make ends meet”.

But he also stressed that the Covid-19 situation – albeit under dreadful circumstances – “provides an opportunity to deal with very serious problems if we’re prepared to deal with them as a society.”

Banks and the European response

Asked about how banks can play their part amid the pandemic, Dr. Healy commented that at the time of the banking crash and the global financial crisis, “there was a profound mistake at the European level; very much at an Irish level too, in which austerity was seen as the way to go and the banks had to be rescued.”

The CEO emphasized that there is the opportunity to face up to a fact that we haven’t addressed sufficiently before, arguing that the Covid -19 pandemic offers an occasion to adjust the welfare system. He said that Social Justice Ireland and many others across the world have been arguing for the need to “move towards a universal basic income system”.

Dr. Healy also welcomed Pope’s Francis comments on the issue on Easter Sunday this year. In a letter to World Popular Movements, amid the coronavirus pandemic, Pope Francis called for the consideration of a Universal Basic Wage “that would ensure and concretely achieve the ideal, at once so human and so Christian, of no worker without rights.”

Dr. Healy said this type of approach is the “closest to Christian values and Catholic Social thought because it would secure a future every man, woman and child on the planet.”

France and other governments pressured over coronavirus response

Serbians go to the polls amid multiple concerns

Pope to celebrate Mass for 7th anniversary of Lampedusa…

France and other governments pressured over coronavirus…

German Ambassador to the Holy See on Germany’s upcoming EU…