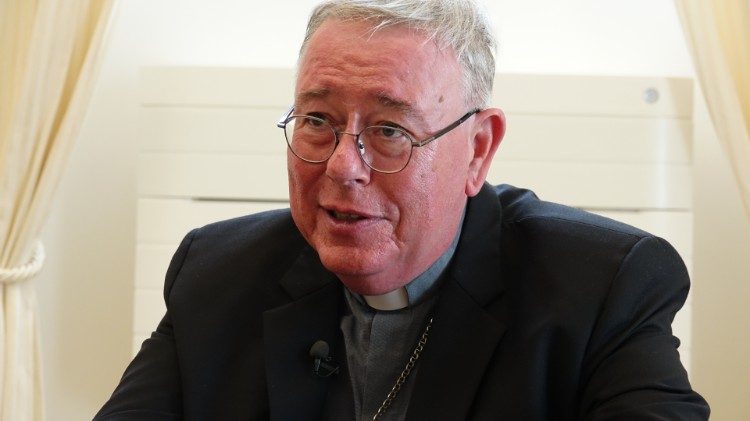 Cardinal Jean-Claude Hollerich, President of the Commission of the Bishops’ Conferences of Europe, urges respect for the right to freedom of religion as Danish lawmakers prepare to discuss a draft law requiring sermons and homilies to be provided in the national language.

President of the Commission of the Bishops’ Conferences of Europe (COMECE), Cardinal Jean-Claude Hollerich, has expressed concern about a soon-to-be-debated legislative proposal in Denmark which could impede the fundamental right to freedom of religion by requiring all sermons, homilies and talks given in a religious setting, to be delivered in the Danish language.

The Cardinal, in a statement issued on Friday, noted that while COMECE respects national legislative processes, it sees a broader, increasing trend of neglect, among EU member states for the fundamental right to freedom of religion. A right protected by both the European Convention on Human Rights and the EU Charter of Fundamental Rights.

COMECE had previously expressed concerns about freedom of religion in connection with the strict national measures imposed on Churches and religious communities due to the Covid-19 pandemic.

The Cardinal notes that while COMECE understands that the goal of the proposal is to prevent radicalization and to counter incitement to hatred and terrorism, negative and discriminatory impacts should be avoided with regard to Churches and religious communities that are “averse and alien to such actions, acting in a spirit of peace and integration.”

He added that the recent EU counter-terrorism agenda underlines that freedom of religion is among the foundations of the European Union and it “should be taken in consideration by member states when devising anti-radicalization and anti-terrorism policies.”

Respect for rights of minorities

Pointing out that smaller religious denominations which do not only have the financial means to comply but are often formed of immigrant communities, would be “particularly affected,” Cardinal Hollerich recalled that the EU indicates non-discrimination and respect for the rights of persons belonging to minorities among its values.

Eroding specific rights in such a way, he said, “endangers the entire architecture of fundamental rights, based on the idea of universality and interconnectedness.”

Concluding the statement, Cardinal Hollerich reiterated COMECE’s support for the Scandinavian Bishops’ Conference and encouraged “an intense and fruitful dialogue of the relevant national public authorities with the impacted Churches and religious communities.”