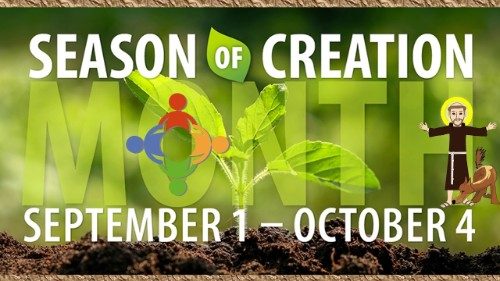 The podcasts explore biodiversity and related issues of Catholic social teaching as lived in a variety of contexts where Columban missionaries are working.

The Missionary Society of St. Columban, commonly known as the Columbans, is marking the upcoming Season of Creation with a podcast series on the beauty of biodiversity and the threats it faces.

The Season of Creation is an annual celebration of prayer and action by Christian churches and ecclesial communities worldwide to protect God’s creation, our common home.  Starting on September 1, with the World Day of Prayer for Creation, it continues until October 4, the Feast of St. Francis of Assisi, the patron saint of ecology, who is greatly revered by many Christians across denominations.

Christians of all traditions are invited to take part in the month-long Season of Creation by organizing prayer services, clean-up drives and other related initiatives and activities.

“Jubilee for the Earth” podcast series

On their part, the Columban missionaries are promoting the series entitled, “Jubilee for the Earth – A Podcast on Biodiversity and our Sacred Story.”   The six-episode series, of about 15 minutes each, is scheduled to be released on Monday, August 31, the eve of the Season of Creation.

The mini-series, in both audio and video, has been produced by the office of the Justice, Peace & Integrity of Creation (JPIC) of the Columbans in Washington and Columbans working in different parts of the world such as in Ireland, the US, England, Philippines, Hong Kong, South Korea and Myanmar.

Social doctrine of the Church

“Grounded in Catholic Social Teaching and the Columban experience, the six episodes of ‘Jubilee for the Earth’ will explore how caring for our common home and our brother and sister species is integral to our lives as people of faith and as global citizens,” the Columbans explained on their website.

The podcasts explore biodiversity and related issues such as economic justice, interreligious dialogue, migration, peace and demilitarisation.  The issue of integrity of creation is part of the commitment of the Columbans, whose founder St. Columban famously said, “If you want to know the Creator, look at creation.”

“Now more than ever, we know how urgent it is for us as humans to heal our broken relationship with the rest of God’s creation,” the Columbans said, explaining the release of the podcast series.

Father Liam O’Callaghan, who works in Pakistan’s Hyderabad Diocese, shares his reflection in episode 3 of the series on the ecological crisis in Pakistan.  The JPIC national coordinator said he tried to “highlight diversity and interfaith dialogue in the context of Islam.”

“Forty percent of marine species have disappeared from the polluted sea of Karachi because of waste dumping and the discharge of untreated industrial sewage,” the Irish missionary told UCA News.

Fr. O’Callaghan said this is the reality that the Church’s mission and ministry must engage in, as it seriously affects all, especially the poor. He pointed out that the government has launched big plans to care for the environment but doesn’t seem serious about implementing them. “Only joint efforts can save the ecosystem.”

Father O’Callaghan has already sent podcast invitations to 15 parishes of Hyderabad and has shared the link on the Facebook pages of  JPIC and Inter-Religious Dialogue.  More than 1,500 people have already signed up, the priest said.

With the help of other Columbans, Father O’Callaghan, in 2015, helped translate into Urdu the encyclical of Pope Francis on the environment, “Laudato Sí.” He also brought out an abridged version of the document for schools, parishes and community groups.

The Missionary Society of St. Columban was founded in 1917 in Ireland by Fathers Edward Galvin and John Blowick. It is named after the pioneering Irish missionary of Europe, St. Columbanus or Columban, who died in 615.

Today, the Columbans are active in 15 countries of the world

Vatican confirms World Mission Day 2020 will be observed on Oct. 18