Clerical cronyism and secrecy shielded McCarrick and others 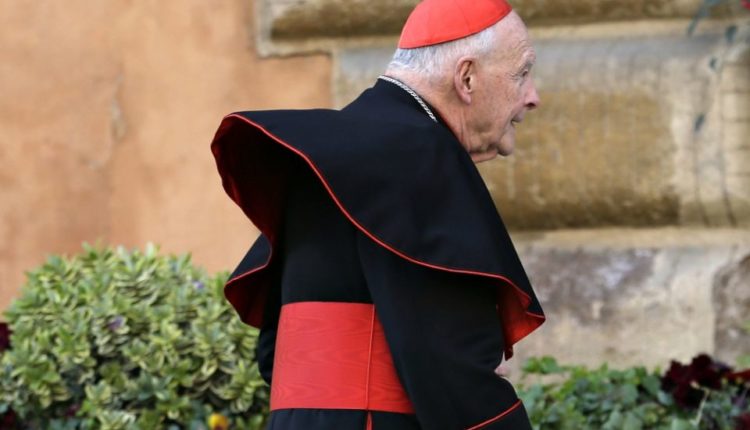 Two months into the sex abuse scandal that forced Theodore McCarrick to renounce his cardinal’s red hat and withdraw to a Capuchin friary in Kansas, Catholics are still asking, “How did this happen?” How does someone like McCarrick advance to the pinnacle of Catholic power and stay there for so long when he carries so much baggage of crime and sin? Was there no vetting? Were there no background checks? Was someone protecting him?

If there is any “malpractice” in this scandal, it belongs to the various papal nuncios (Vatican ambassadors) and the members of the Congregation for Bishops in Rome, who are responsible for checking the backgrounds of candidates for the episcopacy. They did not do their jobs. It also belongs to McCarrick’s patrons and promoters in America and in Rome, including Cardinals Francis Spellman (archbishop of New York 1939-67) and Terence Cooke (archbishop of New York 1968-83) and Pope John Paul II. All three were enchanted by McCarrick’s fundraising skills.

In his August letter to the church, Pope Francis said that the explanation for the abuse crisis is “clericalism.” I agree if we define clericalism as the view that priests and bishops are set apart from and above other people. They feel they are accountable only to their religious superiors. Certainly not to the laity and often not even to the civil authorities.

One other thing is for sure. McCarrick’s case is not unique. With more than 5,000 Catholic bishops worldwide, there will be others that come to light. We have already seen them.

In February 2013, Cardinal Keith O’Brien of St. Andrews and Edinburgh, Scotland, resignedhis post as archbishop following multiple allegations that he abused his power to demand sex from priests and seminarians. He went into seclusion and died on March 19, 2018.

After O’Brien’s resignation, the Scottish bishops’ conference commissioned a report on the “O’Brien affair,” written by Andrew McLellan, a minister in the Presbyterian Church of Scotland. McLellan said that a culture of cronyism and secrecy in the Scottish Catholic Church made O’Brien’s behavior and ascent possible.

Cronyism and secrecy are also part of the American church too. In fact, they are part of any large “hierarchy.” When rumors about McCarrick and O’Brien surfaced, they were protected by their cronies in the old boys’ club. They were also protected by a habit and practice of secrecy.

Some archconservative Catholics in the U.S. are saying that McCarrick was protected by some sort of “gay clique” in the hierarchy. This is utter nonsense. If there is anything that is not talked about honestly by clerics, it is their sex lives. Clerics hide behind the mask of presumed celibacy. I doubt that McCarrick or O’Brien even admitted to themselves that they were gay.

Both McCarrick and O’Brien hid behind public homophobia. In their public lives, they were vocal opponents of gay rights and gay marriage. McCarrick opposed gay marriage in Maryland and the District of Columbia. He also opposed giving health insurance to gay couples employed by the archdiocese. Like O’Brien, he may have felt that his anti-gay public positions insulated him from rumors about his private life.

Cardinals are church politicians. Like other politicians, they do favors for people and expect favors in return. McCarrick was a master at this, using his power to reward friends with positions (pastorates, etc.) or titles (monsignor). He also used his position to protect himself and his reputation.

Like many other bishops, he did not rise to the top in the church because he was holy, wise, prophetic or profound. He rose because he was “one of the boys.” Cronyism.

Secrecy is another feature of clericalism.

In the church, everything is done secretly. Appointments of pastors and bishops are done secretly and without any accountability. Communications with Rome are secret.

Personnel decisions require discretion and sensitivity, but the secrecy of clericalism is more about control and image. If information is closely held, the people with the information have more control.

The Catholic clerical world is the deepest and darkest closet there is. A culture of clerical secrecy protected McCarrick. He was apparently used to living a double life and thought no one would reveal the truth.

Even the laity can play into this aura of clerical specialness. People say things like, “Nothing is too good for Father.” “Always speak well of Father.”