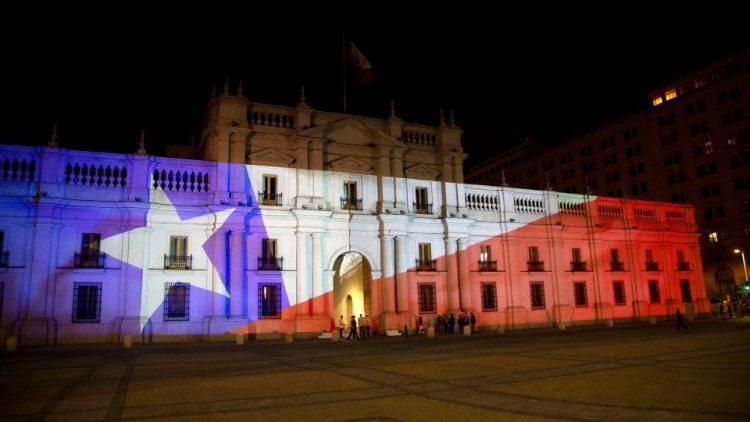 One of Chile’s prominent Church leaders says the government lacks a project to unite Chileans in the face of the ongoing pandemic.

Archbishop Fernando Chomali of Concepcion has expressed his concern with the direction Chile is taking, in an interview with daily newspaper El Sur.

The Covid-19 pandemic, he said, has brought to the fore a major problem facing the nation: “There is no national project or comprehensive vision of the meaning the human person and the community.”

The Archbishop pointed out that last October’s referendum revealed Chileans’ discontent with their political leaders.

Chile held a national plebiscite on 25 October 2020, in which 78 percent of voters approved plans for a new constitution to be written by a Constitutional Convention.

The referendum was held as a result of massive nationwide protests in late 2019 and early 2020.

He added that the new constitution can be “a good occasion to put in place a reference point for rights and duties, as well as for political power and how we define ourselves as a society.”

However, he warned, it would be wrong “to believe that the new constitution will solve the problems facing a majority of the population today.”

The Archbishop of Concepcion also reflected on the ongoing pandemic and the Church’s mission to care for the marginalized.

Despite the difficult health situation, Archbishop Chomali praised the Catholic Church for its minster’s efforts to care for the poor. He cited the opening of several soup kitchens, as well as a care center for migrant women and children, which also welcomes the homeless.

The local Church, he added, continues to fundraise and support a project to protect young people with Down Syndrome.

Finally, Archbishop Chomali urged Chileans to think about their loved ones as they follow health guidelines.

“This is a good opportunity to recognize that we are not alone, that we owe a great debt to one another, and that everything we do will have either positive or negative effects on others.”