CELAM, Creation: “Let us pray for personal and social conversion 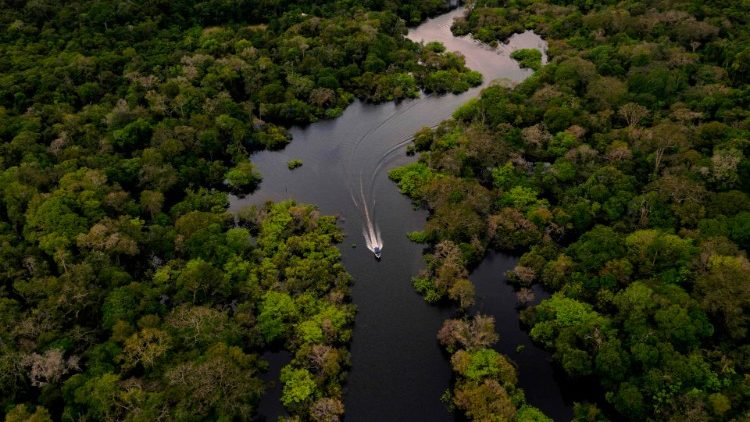 In a message for the World Day of Prayer for the Care of Creation, the Latin American Episcopal Council confirms its commitment in prayers and actions to work for the care of our common home. Five years after the publication of the Pope’s encyclical “Laudato Sí,” CELEM also invites the faithful to “re-read the document to find in it strength, hope and inspiration to continue in this mission.”

The Latin American Episcopal Council (CELAM), to mark the Day of Prayer for the Care of Creation, is encouraging the ecclesial community of the continent to join the work for the good of creation with commitment and concrete gestures. There are two recommendations: prayer as a fundamental element for the care of our common home and the re-reading of Pope Francis’ Encyclical Letter Laudato Sí.  In a message, the President of CELAM, the Archbishop of Trujillo, Miguel Cabrejos Vidarte, says, “United with the intentions of Pope Francis, we confirm our commitment to the care of creation through prayer, as well as through the energy of many initiatives that already exist on our continent to promote the care of our common home.”

The Peruvian Archbishop recalls that the Holy Father stressed that this annual Day offers every believer and community a precious opportunity to renew their personal commitment in their vocation as guardians of Creation, raising to God a “Thank you” for the wonderful work that He has entrusted to our care.

The encyclical Laudato Sí, which this year celebrates its fifth anniversary, is for the president of CELAM a source of inspiration to “reflect on our moral obligation to collaborate in the search for greater awareness of our responsibility to Creation.” Hence his invitation to re-read this encyclical to find in it “the strength and hope to move forward.” Finally, Archbishop Cabrejos recognizes a general awareness that the environmental crisis is a consequence of people’s actions: hence, the exhortation to pray to “challenge and encourage” ourselves with the spiritual strength of the Lord, so that it may bring about the conversion of every person and society.

Save the Children highlights plight of unaccompanied minors to Europe

Ivory Coast: Cardinal calls for reconciliation, dialogue ahead of elections

US Bishops on Labor Day: Practice solidarity with the poor

Bishops’ Conference takes up collection for needs of Church…