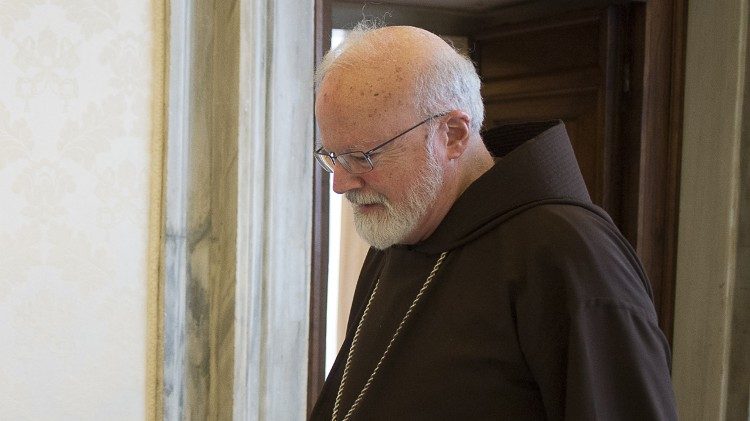 As Pope Francis appoints 10 new Members to the Pontifical Commission for the Protection of Minors, Cardinal Seán Patrick O’Malley, the Commission’s President, describes its renewed mission to be “the voice of the survivors in the community.”

Pope Francis on Friday appointed 10 new members to the Pontifical Commission for the Protection of Minors.

The 7 women and 3 men join 9 other Members who have been reappointed, along with 1 other member who was appointed for a 3-year term last year. Half of the Commission’s Members and men and half are women, while 6 hail from Asia/Oceania, 6 from Europe, 4 from the Americas, and 4 from Africa. The Members include 3 bishops, 3 religious sisters, 2 priests, 10 lay Catholics, and 2 members of other Christian Churches.

The Commission became a part of the Dicastery for the Doctrine of the Faith in June with Praedicate Evangelium, the new constitution for the Roman Curia.

In an interview with Vatican News’ Christopher Wells, the President of the Protection Commission, Cardinal Seán Patrick O’Malley, shared his thoughts on the renewed mission entrusted to the Commission by Pope Francis.

Here follows a transcript of the interview:

Cardinal O’Malley: The Holy Father began the commission very early on, and during our time there has been a lot of evolution, shall we say, in the work of the Commission. But now that the Commission is actually no longer just an independent body, but has been embedded in the Curia itself, it is a very special opportunity for us to carry on a mission of promoting a culture of safeguarding in the Curia itself.

We feel that for the Holy See and the Roman Curia, it’s very important that these entities model for the whole Church the very highest standards of safeguarding. And so we’re happy to be a part of that effort to try and promote that safeguarding within the Church.

Certainly in the Holy Father’s meeting that he had with us, he gave us new responsibilities around guidelines, which of course are very important. And in the past, we had a lot of our members working diligently on studying guidelines and trying to catalogue what different countries were doing.

Now the Holy Father wants us to become even more involved directly with the individual Bishops’ Conferences, to help them to make sure that the guidelines are the very best possible ones, and to also look at how implementation is taking place. And then the whole area of the implementation of Vos Estis, Article two, to make sure that there are stable and accessible systems of reporting of accusations of abuse in the local Churches, and an outreach to the victim survivors.

We know that in many parts of the world that are very short on resources and where this theme has not been discussed very much in the past, it will be a big challenge to try and work with them and help them to find the resources and to have these kinds of centers that will be able to serve the local populations there and and promote safeguarding in those countries.

Q: You’ve already alluded to perhaps the biggest organizational shift: that the Commission is now embedded in the Dicastery for the Doctrine of the Faith. Can you tell us, in practice, how is the work of the Commission going to change?

We’ve always tried to collaborate with the CDF (ed. formerly the Congregation for the Doctrine of the Faith). And in fact, in our first iteration of the Commission, one of our members was from the CDF and of course Monsignor Oliver had come to us from the CDF.

Right from the beginning, we’ve tried to make it very clear that the Commission doesn’t have any role in individual cases or the legal or juridical challenges of the whole area of safeguarding. But certainly, this new configuration shows how the protection of minors and prevention has a natural connection with the system of justice.

So, at the beginning, we’re going to have a lot of dialogue to see how we can better define our roles and how we can work closely, but independently in this new configuration of being part of the Doctrine of the Faith.

Q: In that broader context, then, what is the significance of changing the status of the Commission from, as you said, a basically independent body to being within the heart of the Curia now and its relationship with the Dicastery for the Doctrine of the Faith?

Obviously, the Dicastery for the Doctrine of the Faith is the one that has the greatest responsibility for child protection in all of the cases. So, having us closely associated with them is important.

Hopefully it will help for us to bring a pastoral component to their work and their work will help us to have a greater understanding of the reality of abuse and what is taking place throughout the world, because all the cases are reported to them.

Right from the beginning, we’ve always had victims on the Commission as members: victims and parents of victims. And, of course, with our latest iteration, there also will be victims represented on the Commission. But, the individuals who work on the Commission are people that are in constant contact with the victims’ groups and individual survivors in their own countries.

I myself have met with hundreds of victims, literally, over the years, and we find that is so important. When we get involved with education of leadership in the Church, what we always urge is for our bishops and religious superiors to meet personally with survivors so that they can understand what they have gone through.

This has been, I think, a very important part of our work, bringing survivors together with the leadership in the Church. It’s something that all of the members are very, very concerned about. We want the Commission to be the voice of the survivors in the community.

Q: With that perspective and understanding with the victims and survivors as a priority and the pastoral concern of the Church, for the immediate future, maybe even in the medium- and long-term future, what are the next steps for the Commission? What are you doing now and working towards?

We had a Zoom meeting last week with our new members, and next month we will have a plenary session with all the members here in Rome to be able to talk about the task going forward and to look at the new responsibilities that the Holy Father has given to us. It’s an exciting time for us.

We are trying to secure more resources for the work of the Commission. And we hope to be able to help the Bishops’ Conferences in developing countries to get the resources that they need in order to have the the centers that the Holy Father wants every Bishops’ Conference to have to make sure that there is a way for reporting and the accurate implementation of the protocols. We’re very big on that.

I always say that when people improvise, no matter how much goodwill they have, they’re going to make many mistakes. And those mistakes will cause a lot of suffering. It’s a very complicated issue, because you have the the rights and the needs of the survivors, but also the accused, the community, the relationship with the civil government. The trainings and screenings that need to be part of any serious program of safeguarding.

But when all of those things are done, we see that the Church does become a safe place for children and young people.

Q: On a more personal note, you’ve been a bishop now for almost 40 years, a Cardinal for 16 years. And you’ve said in the past much of your episcopal ministry has been focused on facing clerical sexual abuse in the Church. How do you continue in your ministry, and what words of encouragement would you have for the women and men, especially in leadership positions, who are in a similar position and often have to take into account those complex situations and make hard decisions?

It’s not an easy ministry. And yet, I am convinced that it’s the most important ministry that I have right now. The Church exists to evangelize. But how can we evangelize if People do not trust us? Martini has a wonderful book where he talks about Jesus’s priorities, and he says Jesus’s first priority was mercy. And that makes sense because mercy is the context in which the Gospel can be announced, because people need to know that we love them.

When Pope Francis was installed as Pope, it was his sermon on Saint Joseph was so beautiful where he said: like Joseph, we have to protect the gifts. This is what the function of the Church is.

We must protect the gifts, protect our children. Only then will we have the credibility and deserve to be heard by our people. So I see this as such an important part of our ministry.

It allows us to evangelize because people will understand that we do love them and that we want the Church to be just the safest place possible for our young people.