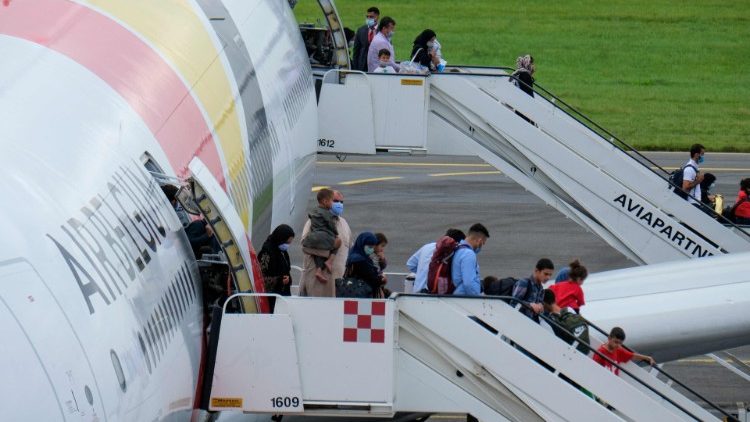 Cardinal Jean-Claude Hollerich expresses the desire of EU Bishops for Afghan refugees to receive support as they flee the fear of death in their home country and arrive in the European Union.

Foreigners and Afghans who helped them over the past 20 years are continuing to flee Afghanistan in their thousands, ahead of a self-imposed American deadline of 31 August.

Over 80,000 people had been evacuated out of Kabul airport by Thursday, and those gathered there face a “severe” threat of a terrorist attack, according to Western officials.

Several European nations have wound down their evacuation flights. Belgium, Denmark, and the Netherlands will fly out no more evacuees, and Germany and France are likely to close operations on Friday.

Save as many as possible

As thousands of Afghan refugees fleeing the new Taliban regime enter Europe, the Bishops of the EU are urging politicians to welcome them with open arms.

The President of the Commission of the Bishops’ Conferences of the European Union (COMECE) voiced the Church’s concern for Afghans struggling in this moment.

Speaking to Vatican News, Cardinal Jean-Claude Hollerich said EU Bishops are worried about those “who are in despair and want to get out” of Afghanistan because they fear oppression.

“It is very clear that all the States of the European Union—and the European Union itself—have to do everything possible to save as many people as possible and also to welcome them inside the EU member countries,” he said.Listen to the full interview

The Cardinal, who is also Archbishop of Luxembourg, expressed his concern over the idea of building refugee camps in countries neighboring Afghanistan.

Cardinal Hollerich cited the example of migrant camps in Libya and elsewhere on the borders of the EU, where he said people are often mistreated and exploited.

Concern for each person, not geopolitics

He urged EU politicians to have compassion on “these people who relied on us” by welcoming and helping them in their moment of need.

“I would like politicians to not just put geopolitical strategies at the center of their politics but to care for each single person,” he urged.

Cardinal Hollerich said the EU often lectures other countries about what he called “great European values”.

“Europe appears like a great teacher, always teaching people what they should do,” he said. “But when we should act, we do not act and we do not follow the high standards we teach other people.”

The Cardinal said the Afghanistan crisis offers EU states the chance to demonstrate that it believes in these values by “accepting, welcoming, and trying to integrate people.”

The alternative, he said, is to leave them “alone with their fear of death and humiliation.”