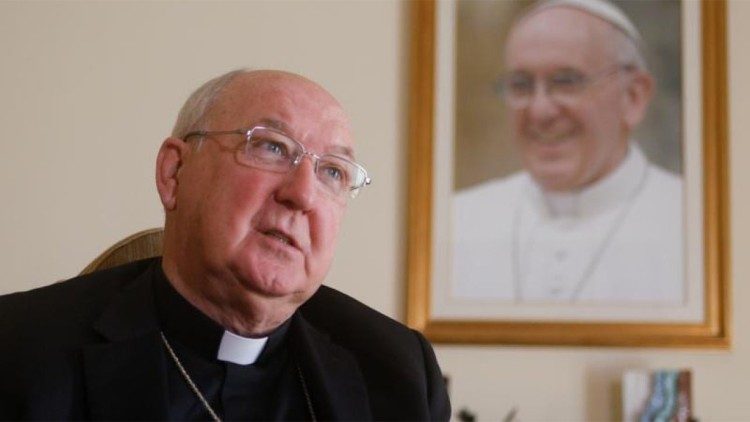 Cardinal Kevin Farrell reflects on the changes that have marked the ecumenical movement in the 60 years since the foundation of the Pontifical Council for Promoting Christian Unity.

“I think it’s very hard to overestimate” the significance of the creation of the Pontifical Council for Promoting Christian Unity, says Cardinal Kevin Farrell.

Pope Saint John XXIII’s idea of establishing an ecumenical office in the Vatican, he says, “was certainly a novelty, a revolution at the time, and now it has become a reality. And we are constantly working for the restoration of the unity of Christ’s Church.”

From conflict to trust

“First of all, there is a sense of how much we actually have in common, because for centuries the churches rivalled each other by insisting on their differences”, he says. In the past sixty years, “ecumenical dialogue and constant contacts” have allowed Christians “to discover that we are much closer than the social images that we had made of each other.”

Another important difference is “the fact that, from conflict and rivalry, we have moved to a situation of trust and confidence and complete openness in our ecumenical dialogues”, he says.

This change, for which we must be truly grateful, “comes from recognising and engaging with our brothers and sisters in the other churches.”

Asked about some of the ecumenical challenges facing the Church today, Cardinal Farrell says that “the great challenge is, first of all, to make known the whole ecumenical goal of the Church.” Ecumenism can not be the concern only of “an elite group of experts”. Instead, “the unity of the Church is all about the whole people of God”.

Cardinal Farrell says that the anniversary of the birth of the Pontifical Council dedicated to ecumenism “is a good opportunity for all of us to recognise what’s [been] done, and to examine what we need to do now.”

Living as if united

With Pope Francis, Cardinal Farrell recognises the “healthy impatience” of those who feel that we can and should do more to work for Christian Unity. “One of the things that we need to do more is not to be content with the way we are”, he says, adding, “this is a very human temptation.”

It is also important, says Cardinal Farrell, “that we actually learn the lesson […] that the Lord has been teaching the ecumenical movement, and in particular through the ministry of Pope Francis”, namely, “that we need to live as if we have discovered unity”.

By living out the imperfect communion that we already share, “we can have the framework and the context to solve the very difficult questions that we still have to resolve”.

Cardinal Farrell acknowledges that there is “still a great deal of study and work and prayer to do before we reach a full understanding of our unity.”

However, he says, “we can’t stop the present moment. We are all confronted by a world that shows us that if we don’t stand together, we won’t be able to serve.”