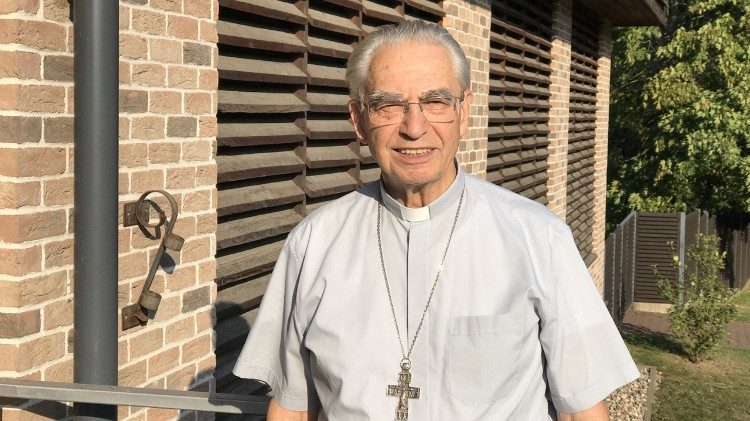 Pope Francis on Saturday embarks on the 25th foreign apostolic journey of his pontificate, that takes him to the Baltic states of Lithuania, Latvia and Estonia.

The September 22-25 pastoral visit comes in the year the three small nations are celebrating the 100th anniversary of their declarations of independence in 1918, after World War I.  Later, declared Soviet republics in 1940, the countries were occupied by the Nazis during World War II and then lived under Soviet rule from 1944 to 1990.

There is yet another anniversary.  St. Pope John Paul II visited Lithuania, Latvia and Estonia in September 1993, exactly 25 years ago, as the 3 nations were shaking off over 44 decades of Soviet rule and starting to solidify democracy and live with full religious liberty.

Of the three nations, Lithuania has the largest Catholic population, numbering some 2.6 million, or nearly 80% of the its 3.24 million population.   Catholics in Latvia and Estonia, that have smaller populations, form nearly 21% and 0.5% respectively.
The Argentine Pope will dedicate the first 2 days to Lithuania, and a day each to Latvia and Estonia, before flying back to Rome.   During the 4 days, he is scheduled to deliver 15 discourses, 7 of them in Lithuania, where he will visit the capital Vilnius and in Kaunas.   Besides the Mass on Sunday, he will hold meetings with the authorities, the young people and priests and religious.

When St. Pope John Paul II visited Lithuania 25 years ago, Audrys Backis was the Archbishop of Vilnius.   The archbishop who was made a cardinal in 2001, retired in 2013.

Cardinal Backis spoke to Vatican News saying the Church in Lithuania was waiting with great joy to welcome the Holy Father.   The Catholics will demonstrate their effort to preach Christ in the world and in the society of today.

Twenty-five years ago, he said, the Church regained its freedom to preach the Gospel, to go to the schools to teach religion and to preach Christ publicly using the press and other means, which was something new for the Church.

The cardinal said the Lithuanian Church made some progress in this direction, helping primarily young people and families live their faith.  They also succeeded in forming communities and small groups of faith, charity and love.

The retired archbishop of Vilnius noted that many Catholics were slowly coming to the Church but they don’t participate fully in the life of the Church and don’t really feel its members.

Cardinal Backis said the Lithuanian Church expects Pope Francis to give them a new sense of being a “missionary Church” that  goes out to the people, in their daily life, to bring them the “joy of the Gospel”, to bring the joy of love in the families and to contribute to the world and to today’s society.