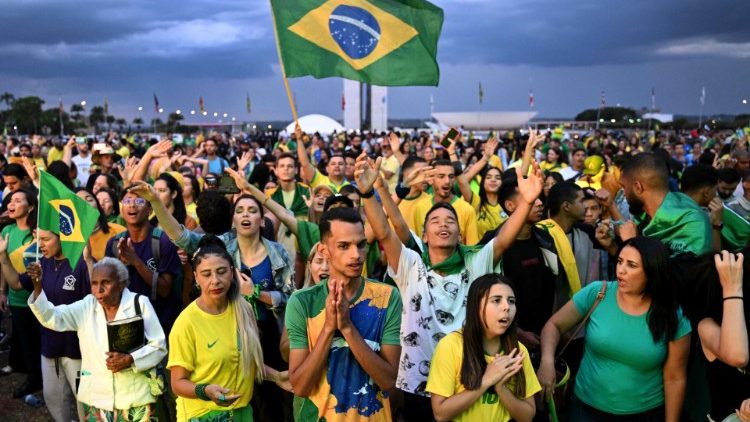 Brazilians go to the polls on Sunday, in a second-round runoff to decide who will be their next President.

The two men are political polar opposites. Jair is right-wing and Lula is left wing.

Pollsters predicted that Lula would canter to a decisive victory in round one at the beginning of the month. But they were wrong. Jair did much better than they expected, and Lula didn’t get the fifty percent plus that he needed, to win outright.

Campaigning for round two has been a politically bruising tussle, with accusations flying around like hot pokers in a snow blizzard.

Turning to pledges,  Jair is promising more privatisation, also pledging the boosting of big business, while continuing the monthly subsidy to the poorest households, known as Auxilio Brazil. While Lula wants to reclaim government control over public expenditure and extend it, to reverse the trend of increasing poverty.

Lula left office after his second term with a 90 percent popularity rating. But this was dented by his 2017 conviction for corruption and money laundering. He always maintained his innocence, and the conviction was quashed by a court last year.

Brazil`s economy is sluggish, more than 600,000 Brazilians died during the pandemic.

The Amazon rain forest described as the lungs of the Globe, is being hacked down at a faster rate than ever, while poverty is on the rise. Whoever wins must face up to those facts, what they entail and find solutions.