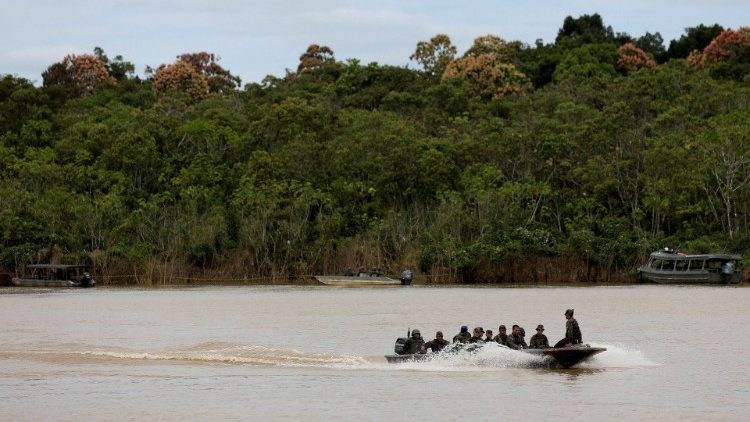 Bodies have been found in the search for a journalist and an Indigenous guide in the Brazilian Amazon where they went missing eight days ago.

Veteran British Journalist Dom Phillips and indigenous rights specialist Bruno Pereira went missing after having last been seen over a week ago while traveling by boat on the Itaquaí River in the western Amazon.

Indigenous leaders have been expressing anger and frustration for what they call lack of coordination in the search for the two men. Now the focus is to find what happened and the circumstances by which it occurred.

The two men were returning from the Sao Rafael Community to the town of Atalia do Norte, which skirts the Amazon River, when they vanished. The boat in which they were travelling was new and fully fuelled.

Both experienced, able navigators and familiar with the area, the two men did not venture into the indigenous area, which is off limits to outsiders.

The human remains from the river are still being forensically examined. A fisherman who was seen brandishing a rifle and pointing it at them the day before they went missing, has been arrested and is being questioned. His relatives claim he has been tortured and that traces of blood found on his boat, are from the slaughtering of a pig.

Under intense pressure to find answers and to resolve the case, Army, Navy, Civil Defence, Police and indigenous volunteers have been scouring the area for clues and the missing two.

Illegal fishing, illicit logging, excessive rubber tapping, are plundering the natural resources and elements of the Amazon, plus drug trafficking. These  are dangerous life-threatening factors which those intent on conservation face in their daily work.

Now the relatives of the men and the community in this beautiful and remote area of Brazil, wait with trepidation to discover the outcome of a meandering investigation linked to the tragedy of its stolen resources. Where will its current lead, and what will finally surface?