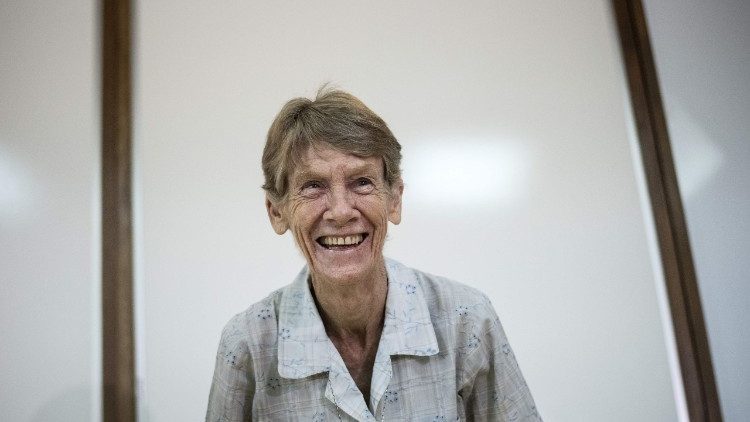 Australian missionary nun, Sister Patricia Fox, who had been served a deportation order by Philippine authorities last week has again won a reprieve following an appeal by her lawyers on July 22 to reconsider the order.

Justice Secretary Menardo Guevarra said, “The deportation order cannot be enforced until it becomes final….”  “With the filing of the appeal, the deportation will not be executed,” he added.

The Sister of Our Lady of Sion congregation (NDS) has been working in the Philippines for 27 years on a 27-year missionary visa which is valid until September 5 this year.

On July 19, the Philippine Immigration Bureau (BI) ordered Sister Fox to be deported to Australia within 30 days, after she was declared an “undesirable alien”.

The BI found the nun “in violation of the limitations and conditions of her missionary visa” for openly and actively participating in activities such as protest rallies, press conferences and fact-finding missions, which the immigration authority said violated the terms and conditions of her missionary visa.  She has also been put on the bureau’s blacklist, meaning she cannot return to the Philippines.

IB spokeswoman Dana Krizia Sandoval told UCANEWS that the Board of Commissioners would review the nun’s appeal. “We froze the implementation of the order against Sister Fox pending her appeal. She can stay in the country while waiting for the final order,” said Sandoval.

The nun can also apply for the extension of her missionary visa because “the order to include her on the blacklist is also suspended.”

Sister Fox’s lawyer said the deportation order was based on “a false and unfounded statement” by President Rodrigo Duterte who accused the 71-year old nun of being “foul mouthed” for criticizing the government.

Sister Fox was originally arrested and detained overnight on April 16 over accusations of joining illegal political activities when she participated in an investigation into alleged human rights abuses in Mindanao.

On April 25, the immigration bureau revoked her missionary visa. She was ordered to leave the country but was given a reprieve on May 25

USCCB President: We will do better