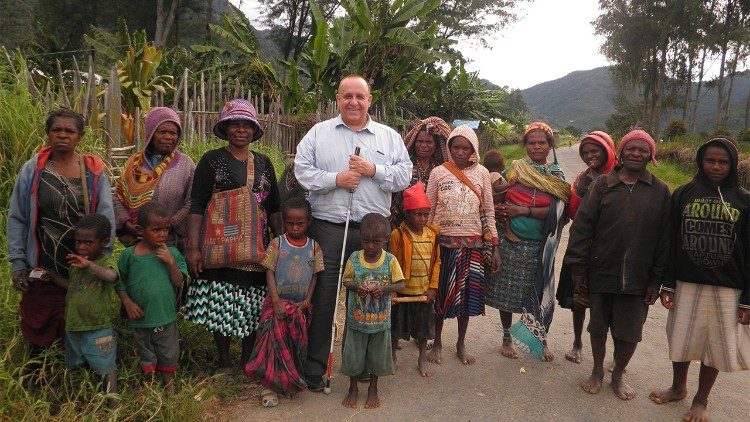 The Archdiocese of Brisbane has given life to a project called ‘Laudato sì’ to tackle the disastrous consequences of climate change. It’s a seven-year plan to reduce investment in fossil fuels, adopt sustainable lifestyles, promote ecological education and strengthen relationships with Aboriginals and Torres Strait Islanders.

We are in Brisbane, the capital of the State of Queensland and the third most populous city in Australia with about 2.5 million inhabitants. Here, amidst the beauty of nature and the wounds of the environment caused by human negligence, exploitation, and the consequences of climate change, is a fervent and active Church. It is a Church well rooted in a social fabric that has become increasingly committed to embrace the vision of integral ecology articulated by the Pope in his encyclical, so much so, that it has given life to a project called Laudato sì, which is  shared on the Action Platform established by the Dicastery for Promoting Integral Human Development (https://laudatosiactionplatform.org). “Especially in recent years, the truthes expressed by the Pope in this text have become painful evidence for us all. Forest fires and floods have devastated south-east Queensland and other parts of the country. We can no longer stand by in idleness, we are faced with transformations and events that impact the Planet too much. I believe this project will help us all to change the way we see the world that surrounds us and the way we behave, because each of us has responsibilities,” said Archbishop Mark Coleridge of Brisbane, when interviewed about this major initiative.

The 7-year Laudato si’ Project promises to achieve the same number of goals as listed in the encyclical through three basic steps: research and study of specific and targeted actions, involvement of the people and groups called to carry out the action, and development and implementation of the action itself. Specifically, in response to the cry of the earth and of the poor, the archdiocese will develop a public transport plan to reduce fossil fuel consumption; it will encourage the use of environmentally friendly vehicles, bicycles and walking by employees and Catholics wherever possible; and it will seek to minimise carbon dioxide pollution from air travel. The Executive Forum will be responsible for the practical implementation of the project and will oversee all the work and ensure the timetable is respected, including the three-year deadline that is set for 2025.

But there is more: this project involves and must involve the entire population, young and old, lay and ordained, citizens and indigenous. Indeed, First Nations experts have been tasked with bringing together Aboriginals and Torres Strait Islander elders, as well as Indigenous Peoples of south-east Queensland. They have been asked to form listening and learning circles that aim to help Catholics better understand the culture and spirituality of indigenous peoples, their relationship with the land, the ecological, social and cultural impact caused by the loss of land to urbanisation or intensive cultivation, and all the actions recommended by the First Nations to heal the land and its inhabitants from so many wounds and abuses. As highlighted by Pope Francis during his recent trip to Canada, this project has at its centre the concept that without healing, without reconciliation, without mutual recognition, without awareness of the damage caused, there can be no future for the planet. The groups will continue to meet throughout the entire 7-year duration of the project led by First Nations counsellors and employees of the archdiocese supported by the Executive Forum.

“Torres Strait Islanders and Pacific peoples are calling for urgent action to protect them from the consequences of climate change, including the perennial threat that their homes, gardens and cemeteries will be flooded and destroyed by the fury of water.” Archbishop Coleridge also pointed out that not only the First Nations are the subjects of many of the actions associated with the project, but they will also be valuable partners in implementing this radical ecological action, given their immemorial wisdom, knowledge and capacity to care for the land, as well as their love for the earth. Other objectives of the project, the prelate explained, include “waste reduction, recycling, reuse and repair wherever possible, as well as an assessment of the archdiocese’s investments to reduce dependence on fossil fuel investments.” The current 2022-2023 Project covers large-scale interventions, and each year the Archdiocese of Brisbane will develop and adapt the plan to meet the seven Laudato sì goals and the Pope’s requests, aiming to be able to take joy, once again, in the wonders of Creation.

A view of the Brisbane area

From cry for help to song of praise

The Laudato sì goals underpin the projects and reflections that institutions, communities, families and individuals are called to share on the Laudato si’ Action Platform. This diverse and global database of ideas, inspirations and experiences, represents an indispensable reference point for anyone wishing to adopt sustainable lifestyles based on the concept of integral ecology. Under the guidance of the Platform, the Archdiocese of Brisbane’s Laudato sì project is described by Archbishop Coleridge as “inclusive, engaging and long-term” and will engage the city’s Catholic schools, parishes and families: in this total connectedness and ‘synodality’ lies its main characteristic and distinctiveness. “We don’t make arrangements for parishes or educational institutions or individual Catholics, we don’t tell them what they should or shouldn’t do,” said Peter Arndt, director of the Archdiocese of Brisbane’s Catholic Justice and Peace Commission, “rather, we provide resources and opportunities to meet the many challenges that we don’t want to let go.” Ultimately, in the words of Archbishop Coleridge, the Archdiocese of Brisbane hopes that its Laudato sì Project will “pave the way for a future in which the cry of the earth and the cry of the poor can be transformed into one great song of praise.”

An inclusive, engaging and long-term project