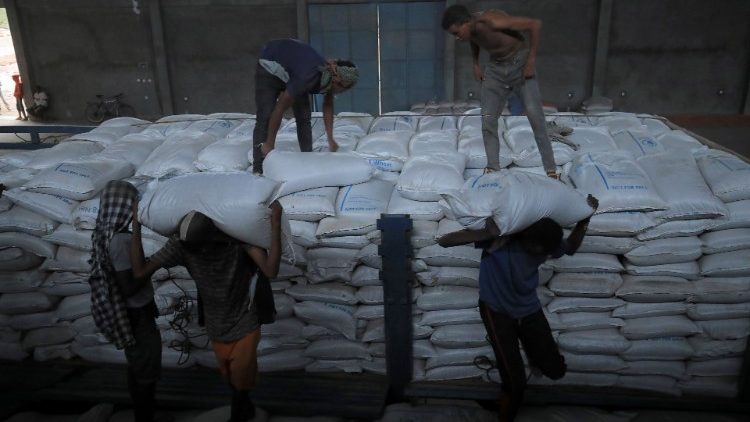 The United Nations is warning that more than 400,000 people in Ethiopia’s Tigray region are now facing famine following months of clashes.

In a dire warning, top UN officials told the Security Council on Friday that hundreds of thousands of people in Ethiopia’s Tigray region were facing famine and that another 1.8 million were on the brink of starvation.

Despite a unilateral ceasefire following months of conflict, concern was also voiced regarding the serious potential for further fighting.

Acting U.N. aid chief Ramesh Rajasingham told the council, in its first public meeting on the crisis, that the humanitarian situation in Tigray had “worsened dramatically” and that thousands of children were severely malnourished.

The Ethiopian government declared a unilateral ceasefire on Monday.

But the rebel Tigray Defense Force have vowed to fight on. There have also been reports of continued clashes as pressure builds internationally for all sides to pull back.

The fighting between the rebels and government forces has left thousands of people dead and more than two million people have been displaced.

U.S. Ambassador to the United Nations, Linda Thomas-Greenfield, called on the parties to the conflict to “seize this moment,” warning that if they failed, there could be devastating consequences for Ethiopia and the Horn of Africa.

Mr Rajasingham said the U.N. is planning to send convoys to hard-to-reach areas but the U.N. World Food Program only has enough food for one million people for one month in the Mekelle area.

As tensions continue, the UN is calling on “all armed and security actors” in Tigray to guarantee safe road access for humanitarian workers and supplies.

Pope at Angelus: Open your eyes to God’s humble presence