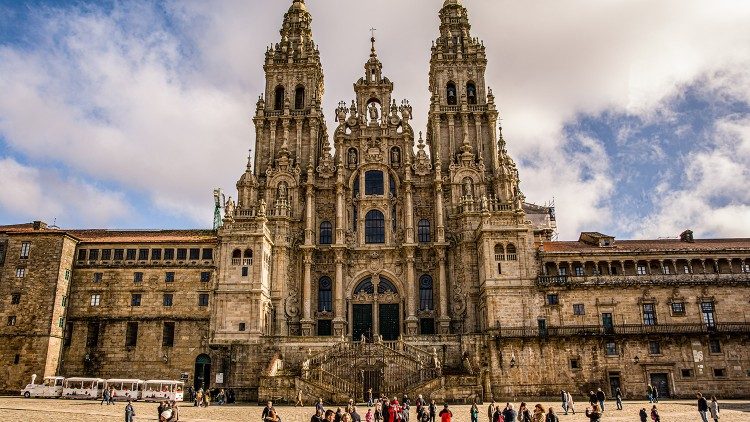 The Archbishop of Santiago de Compostela, Spain, Julián Barrio Barrio, celebrates Mass on Sunday to mark the feast of St James the Apostle.

The Jacobean Holy Year is “a time of grace, healing and encounter”. That was the message at the heart of the homily delivered on Sunday by the Archbishop of Santiago de Compostela, Spain, Julián Barrio Barrio.

On the feast of the Apostle James, the Archbishop presided over Mass in the city’s cathedral, a celebration which this year had an added value, since it was held during the “Compostela Jubilee”. The event is celebrated every time 25 July falls on a Sunday, as is the case in 2021.

“St James,” said Archbishop Barrio, “reminds us of the need to identify with the history and person of Christ, in the patient search for truth to promote a culture of common care that allows us to understand the unity and history of the peoples of Spain, structured with what is common to all and what is specific to each.

“Through the intercession of this great Saint,” the Archbishop, therefore, entrusted “all the peoples of Spain, so that they can maintain a fraternal coexistence without forgetting their roots”.

The Archbishop of Santiago di Compostela also prayed that St James would “make hope resound,” so that all may “embrace the liberating novelty of Christianity to give credible answers to the existential questions” of each person. The feeling of the unknown, in fact, “is generating uncertainty about the future” and that is why, “in a Western civilisation with an impoverished soul, there is a need for Christ, the One who gives hope so that life is not condemned to be meaningless”, he said. But Christian hope, reiterated Archbishop Barrio, “is inseparable from love in solidarity, because exercising charity is the way to make credible the love of God who abandons no one”.

“The mission of the Church,” added the Archbishop, “is to lead people to God, but also to urge all people of goodwill to become aware of the root from which evils come, so that they may remedy the injustices and deplorable conditions in which many people live”. He then prayed for all the victims of the Covid-19 pandemic (in Spain, as of 26 July, there have been 4.28 million infections and over 81,000 deaths), for all the health workers on the front lines, and for those who have lost their lives “because of violence, which is always unreasonable”.

Lastly, Archbishop Barrio also made a strong appeal to leaders to seek the ethical and moral renewal of society with “fortitude, generosity and constancy”.

The voice of the Lord call us

The Holy Year began on 31 December 2020, with the opening of the Holy Door of the Cathedral of Compostela, which houses the remains of St James. The theme of this year’s Jubilee is “Come out of your land! The Apostle is waiting for you”. To mark the occasion, last year Pope Francis sent a message to Archbishop Barrio in which he wrote: “Following in the footsteps of the Apostle, we leave our self, those certainties to which we cling, but with a clear objective in mind, we are not wandering beings, always revolving around ourselves without getting anywhere. It is the voice of the Lord that calls us and, as pilgrims, we welcome it in an attitude of listening and seeking, undertaking this journey to meet God, others and ourselves”.

The conclusion of the Jubilee was initially planned for the end of 2021, but the Pope has authorised its continuation for 2022, due to the ongoing Covid-19 pandemic.

Pope to lay associations: Be aware of the Apostolic power you have