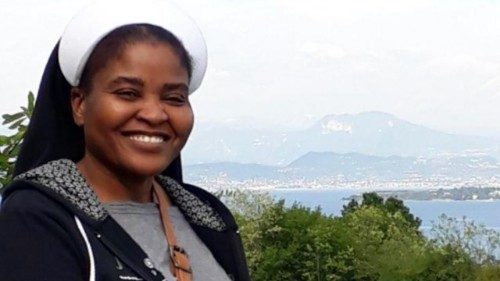 Following the social unrest that engulfed South Africa and eSwatini recently, women religious leaders in Southern Africa organised an online Day of Prayer to intercede for their countries.

In conjunction with Radio Veritas, the Leadership Conference of Consecrated Life in Southern Africa (LCCLSA) recently organised an online Day of Prayer for Southern Africa. This was in response to the social unrest that engulfed parts of South Africa and eSwatini in the last few weeks.

According to Sr Nkhensani Shibambu, CSA, a member of the Companion Sisters of St Angela, who is also President of the Leadership Conference of Consecrated Life (LCCL SA), the objective of the day was to pray for peace, healing, and an end to violence in Southern Africa.

“The day of prayer was conducted virtually and was live on radio, Facebook as well as other social media platforms. Bishops, Priests, Religious Sisters and Brothers, Lay Catholic Sodalities from South Africa, eSwatini and Botswana, participated in the day of prayer.  This was done in the form of scriptural readings, reflections, prayers and sharing,” Sr Shibambu told the Vatican News collaborator based in Botswana.

Traumatised by the violence and looting

During the Day of Prayer, testimonies were shared by some of those directly impacted by the widespread violence.

“Bishop José Luís Gerardo Ponce de León, I.M.C., of Manzini Diocese, shared his experience of the violence in eSwatini and how it left him traumatised.  Ms Fikile Motsa, a board member of the World Union of Catholic Women’s Organisations (WUCWO) also from eSwatini shared how two of her businesses were looted and burnt down.  Ms Margaret Hirsch of Kwa-Zulu Natal, the province hit the hardest by the violence and looting in South Africa, also shared how she lost over 50 million Rands worth of stock from the looting,” Sr Shibambu narrated.

A glimmer of hope

Sr Shibambu added, “Though painful and sad to listen to, the testimonies proved to be inspiring and gave a glimmer of hope in the midst of the hopelessness that people are feeling. Many people were moved and touched by the initiative and felt inspired to begin the rebuilding of the country from the ashes that had surrounded them in the past weeks,” she said.

Large scale and widespread looting of businesses broke out early this month, in parts of South Africa, following the jailing of former South African President Jacob Zuma. President Zuma has been found guilty of contempt of court and sentenced to 15 months in prison for defying a court order to appear before a commission of inquiry. The government said 337 lives had been lost as a result of the protests and ensuing violence.

Similarly, authorities of eSwatini (formerly known as Swaziland) have had to contend with unprecedented pro-democracy popular discontent in Africa’s only remaining monarchy. Protesters in eSwatini have been agitating for political reforms. There are no official records, but reports said at least 40 people died as police clashed with angry protesters.