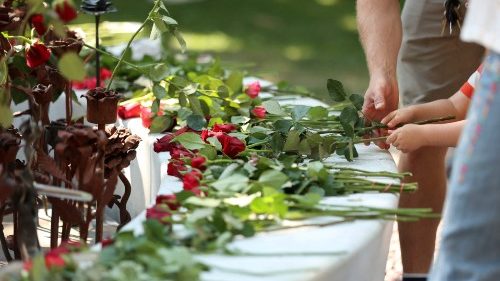 Norwegian Bishop Erik Varden speaks of the “grief and perplexity” of Norwegians on the tenth anniversary of the extremist attacks in Oslo and the island of Utøya, which left 77 people dead and scores more wounded.

Ten years ago today, 77 people were killed in sequential terrorist attacks in Norway, the deadliest violence in the country since the Second World War.

Eight of the victims died when a car bomb was detonated outside a tower block housing the offices of then Prime Minister Jens Stoltenberg. Less than two hours later, a lone gunman attacked a summer camp organized by the ruling Norwegian Labour Party, killing 69 people and injuring more than 100 others.

Ten years, on, “the nation is still in grief, and still struggles to understand how something as brutal as that act could happen in a nation that is peaceful, and that prides itself on being peaceful,” said Bishop Erik Varden of Trondheim. He added, “So we’re united in grief and perplexity and also in indignation that such a thing should have happened here.”

In remarks to Vatican Radio, Bishop Varden said that, in addition to remembrance ceremonies, the people of Norway “will meet to be together, and to form a front against every tendency of violence and exclusion.”Listen to Bishop Erik Varden’s interview with Antonella Palermo

The role of the Catholic Church

He said, “our little Catholic Church here in Norway also has an important role to play” in that conversation especially because of its multi-cultural and multi-ethnic composition. Catholics represent only 5% of the population, and approximately 70% of the faithful in Norway were born abroad. Catholic immigrants come from countries as diverse as Germany, France, Poland, Chile, the Philippines, Vietnam and Sri Lanka.

“I think our efforts to create, on the basis of that multiplicity, a unity in charity, reconciliation and understanding, and brotherhood, can be a kind of model, as if in the laboratory, of the great national challenge that we are facing, that the nation can find a way of expressing its identity.” Every nation, he added, “needs an identity in positive terms, and not in negative terms of exclusion and prejudice.”

Pope to lay associations: Be aware of the Apostolic power you have