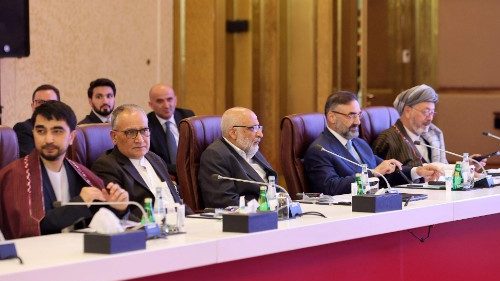 Fifteen diplomatic missions in Afghanistan urge the Taliban to halt their military offensives.

This call for a halt in military action comes less than a day after rival Afghan sides failed to agree on a ceasefire at a peace meeting in Doha.

Representatives of the Afghan government and the Taliban have been meeting Doha for talks as violence continues to spiral in the country.

On Monday, the Taliban said that both sides agreed upon the need to speed the peace talks up, in order to find a fair and permanent solution as soon as possible. However, there was no mention of a halt to escalating violence.

Following on the heels of many foreign troops, the French government flew out around 100 of its citizens and Afghans working for the embassy over the weekend.

At the same time, India, China, Germany and Canada have flown out their citizens or told them to leave as the security situation worsens.

Now, the two sides in the conflict are meeting again in Qatari capital. However, commentators say the talks have lost momentum the Taliban are making practical military gains.

The Taliban were quick to capitalize of the pull-out of US and other foreign troops to launch a series of offensives.

Pope Francis saddened at loss of life in Iraq