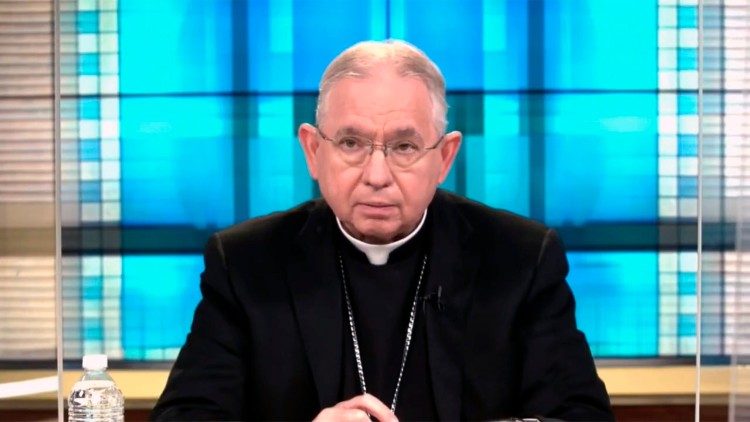 The Bishops of the United States are meeting virtually this week to discuss a range of issues from the canonization of two men to matters related to the liturgy.

The United States Conference of Catholic Bishops (USCCB) kicks off its Spring General Assembly on Wednesday afternoon, held once again in a virtual format due to the Covid-19 pandemic.

The event opens with a speech by Archbishop Christophe Pierre, the Apostolic Nuncio to the United States, and another from USCCB president Archbishop José Gomez of Los Angeles.

It runs until 18 June, and covers a range of topics relevant to the Church in the US.

Topping the list, according to a statement on the USCCB website, is whether to advance the causes for canonization of two Servants of God.

Joseph Verbis Lefleur was a US military chaplain and prisoner-of-war during World War II. He was captured by Japanese forces while serving American troops in the Philippines, and was killed in 1944 when a US submarine sunk the Japanese ship aboard which he and 750 other US military personnel were being transported.

The other cause up for consideration is that of Marinus (Leonard) LaRue. He was a US Merchant Marine Captain who saved 14,000 Korean refugees in 1950, and later became a Benedictine religious brother. He died in 2001 at the age of 87 at St. Paul’s Abbey in New Jersey.

During their meeting, US Bishops will also vote on three liturgical translations and a “formal statement on the meaning of the Eucharist in the life of the Church.”

Regarding pastoral care of the faithful, votes will be held on a guide for marriage and family ministry, a plan for a youth ministry pastoral framework, and a “comprehensive vision for Native American / Alaska Native Ministry”.

Other topics up for discussion include a report on the protection of minors, as well as updates on catechetical initiatives and immigration issues.

A study conducted by the Center for Applied Research in the Apostolate (CARA) will also be presented regarding pastoral care for migrants and refugees.

US Church donates aid to Central and Eastern European Churches

CIDSE and EU Bishops call for dialogue and reconciliation in Colombia