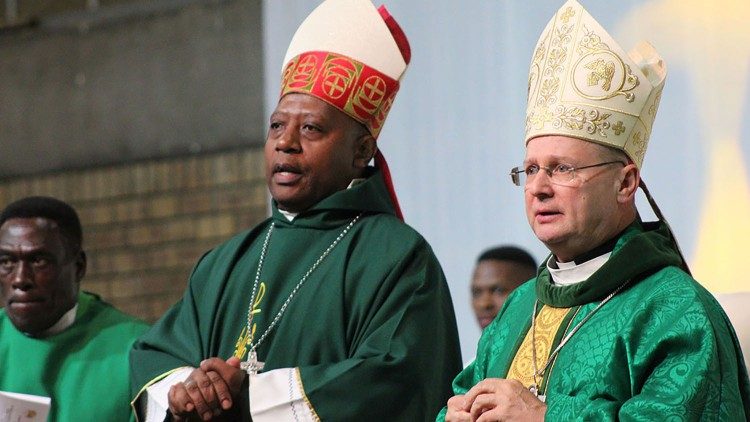 In 1976, students from numerous Sowetan schools began to protest in the streets of Soweto in response to the introduction of Afrikaans as the medium of instruction in local schools. It is estimated that 20,000 students took part in the protests. They were met with fierce police brutality, and many were shot and killed. The number of people killed in the uprising is usually given as 176 but estimates of up to 700 have been made. The shootings provoked extensive unrest and protests throughout Soweto, spreading over the following months to several other regions in South Africa, particularly Cape Town. Arrests, deaths in detention and trials followed the revolt. In remembrance of these events, 16 June is now a public holiday in South Africa, known as National Youth Day.

Challenges of race in South Africa

“The racism we experience in our country is not something new. Racism is present in our society because some of us ignore the fundamental truth that we are all equally made in the image of God, sharing a common origin. The ignorance of the truth leads to prejudice and fear of the other, including hatred. How can we profess to be God’s children by only loving those who share our racial and ethnic backgrounds or place of origin? It’s very embarrassing to witness bold expressions of racism by groups as well as individuals in our society. We need a genuine conversion of heart, a dialogue that will compel change, and the reform of our institutions, schools, universities, and society,” said Bishop Phalana of the Diocese of Klerksdorp. He is also the Southern African Catholic Bishops’ Conference (SACBC) Liaison Bishop for Justice and Peace.

Bishop Phalana added, “Our society is deeply divided on issues of land, affirmative action, and capital ownership. There are also inequalities in access to quality education and quality health services. Everyone within society should be part of the ongoing conversion and dialogue to root out the sin of racism. We should address the causes, and the injustices racism produces in order for healing to happen. The healing process will contribute towards ‘building and developing relationships of equality, dignity and mutual respect’ where “there is no longer Jew or Gentile, slave or free, male and female,” said the prelate of Klerksdorp.

Bishop Phalana said while acknowledging the many challenges facing South Africa’s young people, the Bishops of South Africa invite them to imitate the Soweto class of 1976 and “confront the challenges that we face as a society, including racism, corruption and violence.”

“While the class of 1976 fought racism in their own way, the radicalism of the Gospel today challenges you to fight structural racism and economic apartheid with the radical instrument of hope and solidarity.  We now live in a society where building bridges is more radical and gives a more expression of the Christian faith than building walls and fomenting hatred. Our appeal to you is, therefore, to become God’s instruments of hope and racial harmony at home, at school, in universities and on Social Media platforms,” observed Bishop Phalana.

He continued, “We invite you as young people, black and white, to work towards reversing the realities of the past so that we can move forward. We need structural transformation in South Africa. We need true equality. We need economic opportunities for young people and racial harmony.” emphasised Bishop Phalana.