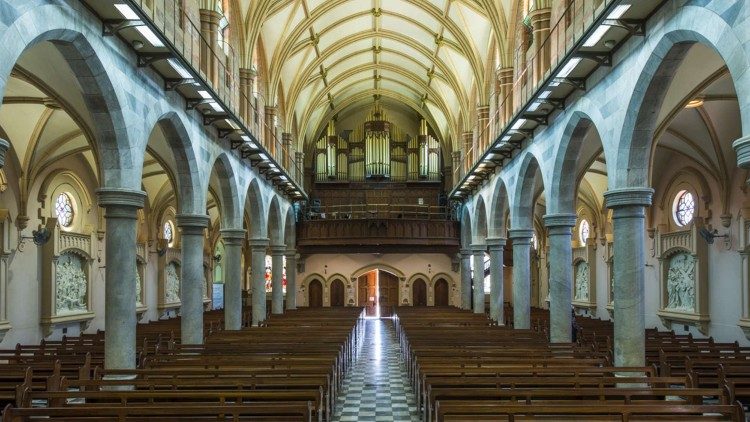 Pope Francis accepted the resignation of Cardinal Wilfrid Fox Napier, O.F.M., 80, from the pastoral governance of the Archdiocese of Durban in South Africa.

Cardinal Napier, who has been Archbishop of Durban since 1992 and who was raised to the College of Cardinals in 2001, tendered his resignation in 2016 on his 75th birthday, in line with the provisions of Canon Law. Pope Francis, however, asked Cardinal Napier to stay on as Ordinary of the Archdiocese. On 8 March 2021, Cardinal Napier reached the age of 80 and became ineligible to vote in a future conclave.

Coadjutor Archbishop Abel Gabuza of the Archdiocese of Durban, appointed on 9 December 2018, with the right to succession suddenly died, of Covid-19, on 17 January 2021, creating some uncertainty.

Today, the Pope appointed Bishop Mandla Siegfried Jwara, C.M.M, 64, who until now was the  Vicar Apostolic of Ingwavuma as the new Archbishop of Durban.

The New Archbishop of Durban

On 30 April 2016, the Holy Father, Pope Francis, appointed Archbishop Siegfried Mandla Jwara, C.M.M., then Pastor and Regional Superior of the Missionaries of Mariannhill in the Province of Umtata as Vicar Apostolic of Ingwavuma, South Africa. Bishop Jwara was assigned the titular See of Elephantaria in Proconsulari.

The new Archbishop was born on 1 February 1957 in St. Nivard, in the Diocese of Mariannhill. After attending schools in Kwa-Hluzingqondo in uMkhomazi, he completed high school education in 1980. Then, he entered the Congregation of the Missionaries of Mariannhill and did his Novitiate at the Mariannhill Monastery. He made his first Profession in 1982 and Perpetual vows in 1986. After completing his philosophical and theological formation at St. Joseph’s Theological Institute in Cedara, he was ordained a priest on 14 February 1987.

Cardinal Napier: A new manifestation of God’s thoughts and ways

On that day, “everything seemed to go black! Question after question flooded in. The most frequent was: Lord why now? Why just months away from taking over?” reflected Cardinal Napier in his message to the Archdiocese. But, he added, “Today, with the announcement of the appointment of Bishop Siegfried Mandla Jwara, CCM., as the new Archbishop of Durban, we see the manifestation of God’s thoughts and ways. He has taken from the Order of men who have a long history of going into unknown territory to sow the seeds of faith…It was among the Zulu communities that the Marianhillers focused their efforts,” Cardinal Napier said.

Pope: The Church is invited to listen actively to families and involve them in pastoral care