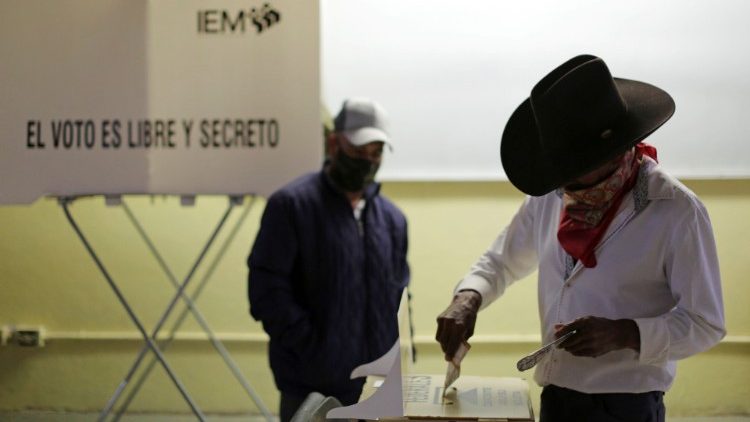 Mexico’s President and his party will maintain a majority in the country’s key lower House, the Chamber of Deputies, but is unlikely to gain the two-thirds majority needed to continue sweeping legislation, and with it the radical reforms that he is determined to bring about.

Mexican President Andres Manuel Lopez Obrador`s National Regeneration Party Morena will have to curb its political enthusiasm and woo its allies of the Green Party and the Workers Party to gain as many as 290 seats in the Chamber of Deputies.

The leftist Party of Democratic Revolution has sided against it, falling in with the rightist National Action Party and the traditional Institutional Revolutionary Party. Together they could gain as many as 200 seats.

93 million people were eligible to vote and the turnout has been 51 percent.  Fifteen State Governers jobs are there to be won, plus thousands of local legislative jobs including town hall Mayors.

While many Mexicans admire his push against corruption, others have not been impressed with his response to the pandemic and his failure to tame the drug cartels with his so-called hugs in response to bullets campaign. A gunman lopped a severed head at a polling booth in border City Tijuana, and there are reports that five election workers have been shot dead.

President of the National Electoral Institute Lorenzo Cordova says the overall election has been a success, with only 30 out of 130, 000 polling booths unable to open and function.

President Lopez Obrador wants to build a railway in the south of Mexico and power ahead with energy reform, principally involving bailing out debt-ridden national petroleum company Pemex, in the remaining three years of his six years non-renewable term.  After this election, he might well have to tread more carefully, because he could well be shy of the two-thirds majority he was seeking in the Chamber of Deputies.

Pope Francis: let’s pray for peace in the Holy Land and Myanmar