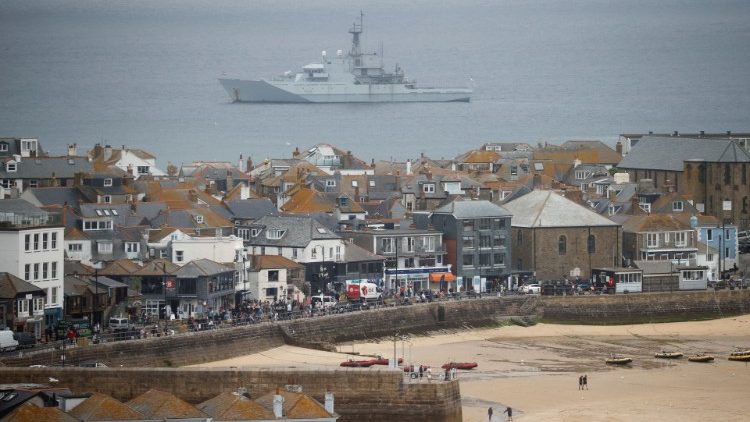 As world leaders prepare for the G7 Summit in England, the UK based Catholic organization for Overseas Development (CAFOD) is calling on the UK Government to take “decisive action” on the urgent crises facing the world.

Cornwall in the south of England will be the picturesque setting for the G7 leaders’ summit this weekend as heads of government gather to discuss key issues including the global recovery from COVID-19 and climate change.

The UK will also be at the centre of attention later this year when it hosts November’s COP26 Climate Summit in Glasgow, Scotland.

As leaders prepare for the G7 gathering, the UK based Catholic Organization for Overseas Development (CAFOD) is calling for “decisive action” from the UK Government on the crises facing the world, such as, the economic fallout from the pandemic and climate change.

It’s director Christine Allen says the “UK Government’s rhetoric of ‘green recovery’ and ‘build back better’ are empty words if it cannot show leadership, and along with the other rich nations put on the G7 table the financial packages needed to tackle the crises.”

“All countries must play their part, but wealthy nations, who bear the greatest historic responsibility for the crisis, need to step up. But we risk huge disappointment if there is just rhetoric rather than clear outcomes,” she says.

The CAFOD director points out that Britain has pledged more than £500 million to COVAX, the international initiative to get Covid vaccines to countries in the global south but has not released any of its stockpile of doses.

“India’s second wave of the virus is not unique,” she emphasizes. “Countries such as Nepal and Sri Lanka have seen a steep rise in cases and their health systems are struggling to respond.”

CAFOD is calling for “vaccine justice”, and argues that while financial help and debt relief is needed to boost vaccine production and shore up public health systems, “rich countries should heed Pope Francis’s call for current doses to be shared and for a waiver on vaccine patents.”

Another key issue that Ms Allen highlights is that of climate change, saying the UK Government “has put targets in place, but that needs to be underpinned by action and policy change.”

“There is an opportunity in a crisis,” says the CAFOD director.

She also underlines that “the decisions taken this week, and at the end of the year will have long-lasting effects.”

“This is a huge opportunity that cannot be missed to put front and centre a green, resilient, and fair recovery, “ says Ms Allen, as the eyes of the world turn their attention to the G7.

Leaders for Peace: Campaign kicks off with look at post-pandemic world

Archbishop Fisichella: ‘Poverty concerns all of us’