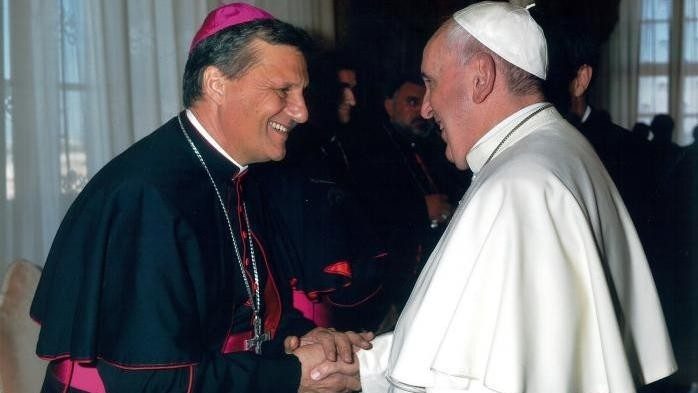 Cardinal Grech dicusses the process of inclusion between all Bishops Conferences prior to the next Synod of Bishops.

Pope Francis has often said since the beginning of his papacy that the Church is a people on a journey and that its shepherds head the flock. The Church means people that follow the Holy the Spirit. This conviction is at the basis of an itinerary that will lead, in a new way with respect to the past, to prepare and then live the Synoda of Bishops in October 2023, following a path that, as is known, will have to allow in its various stages to reach and involve the faithful of every order and degree.

Cardinal Mario Grech, Secretary General of the Synod of Bishops, stresses that the work of the Secretariat is moving along this path and that the series of virtual mode, which began on 14 June and re scheduled to last until 18 June, is also intended to make concrete that listening and discussion which are at the basis of the synodal process. Listen to Cardinal Grech

Speaking to Vatican News’ Alessandro de Carolis, Cardinal Grech notes that “before publishing the itinerary for the next Synod” – which is due to take place in October 2023 – “we made a point of having contact with the presidency of the continental assemblance of episcopal conferences because we want them to be involved to be partners in theis project”.

Following the publication of the Document with the new itinerary, he said, “we are contacting and in dialogue with the presidents and various general secretaries of each of the episcopal conferences of the world”.

The idea, Cardinal Grech emphasised “is that we want to initiate this dialogue and have them participate as partners in this project, and so they can also not only put questions for more clarifications but also make some suggestions and we will try to implement them in this new synodal process.”