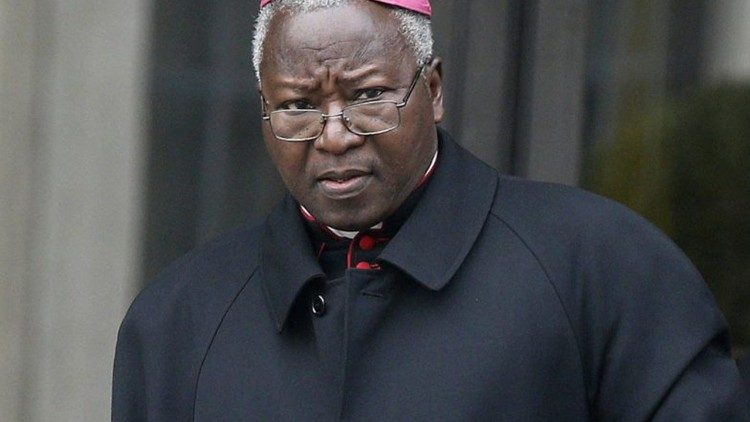 Cardinal Philippe Ouédraogo, the Archbishop of Ouagadougou in Burkina Faso, has called for solidarity and prayers with victims of the country’s recent deadly terrorist attack, in years.

Armed assailants killed 160 civilians in an overnight raid on a village in northern Burkina Faso, the government confirmed last week. It was one of the deadliest most recent terrorist attacks. Faced with the resurgence of jihadist attacks, the country’s armed forces have launched a large-scale operation in the northern and Sahel regions.

The Archbishop Ouagadougou, Cardinal Philippe Nakellentuba Ouedraogo, in his message of condolences to victims, called for prayers and solidarity.

“Our country, Burkina Faso, has once again suffered a tragic attack in Solhan … in the Yagha region of the Sahel.  In the name of our Church Family of God, we offer our sincere condolences to the bereaved families and entrust to the Lord’s mercy the victims of Solhan and all the victims of terrorist attacks, both civilian and military, in our country,” Cardinal Ouedraogo said.

Daily prayer after the Holy Eucharist

He added, “To show our solidarity with all the victims, whatever their religious or ethnic affiliation, and with populations traumatised by acts of violence, we launch a renewed call to prayers throughout the territory of the Archdiocese of Ouagadougou.”

In the new call for prayers, the faithful in Burkina Faso are encouraged to pray the “Our Father” and “Hail Mary” every day at the end of the Eucharistic Celebrations, the 75-year-old Cardinal urged. The daily prayers at Mass would conclude with a prayer for Burkina Faso or a prayer to Saint Joseph for his intercession on behalf of the country. “May the Lord, through the intercession of the Blessed Virgin Mary and Saint Joseph, hear and grant us peace,” the Cardinal prayed.

The Local Ordinary of Ouagadougou Archdiocese is also President of the continental association of Bishops, the Symposium of Episcopal Conferences of Africa and Madagascar (SECAM).

The message of Cardinal Ouedraogo comes two days after the President of the Republic of Burkina Faso, Roch Marc Christian Kaboré, declared 72 hours of national mourning in honour of those killed. Kaboré described the attackers as terrorists  though no group claimed responsibility.

Night of the massacre

In the early hours of Saturday, 5 June, unknown gunmen launched an attack on Solhan village in Yagha Province, Sahel Region, killing at least 160 residents and injuring many others.

According to AFP, the 160 bodies were recovered on Sunday, 6 June, from what was described as three mass graves.

After praying the Angelus on Sunday, 6 June, Pope Francis expressed solidarity with the victims of the terrorist attack.

“I wish to assure you of my prayers for the victims of the massacre which took place on the night of Friday to Saturday in a small town in Burkina Faso,” said the Holy Father.

Archbishop Fisichella: ‘Poverty concerns all of us’

Leaders for Peace: Campaign kicks off with look at post-pandemic world