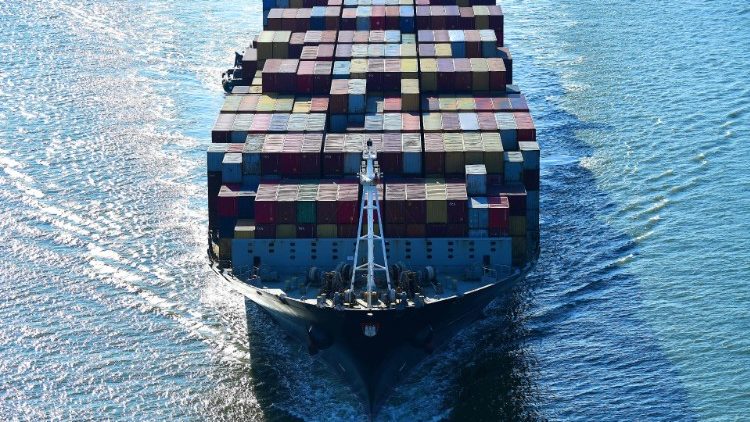 On the occasion of the National Maritime Day to be held on 22 May, the Catholic Church in the United States will celebrate a special Day of Prayer and Remembrance for Mariners and People of the Sea.

Catholics in the United States are being urged to observe a Day of Prayer and Remembrance for Mariners and People of the Sea on 22 May.

The annual recurrence is commemorated to recognize workers of the American Merchant Marine, seafarers, fishermen, dock workers, and all who work or travel on sea for the vital services they provide in support of the nation’s economic well-being and national security.

On that day special Masses are celebrated across the country and priests are encouraged to use the text for the Votive Mass of the Blessed Virgin Mary, Star of the Sea (Stella Maris).

Special prayer service held by the US Stella Maris office

To mark the occasion this year, the national Stella Maris office, the US Catholic Church’s maritime agency that provides spiritual and welfare support to seafarers and which is presently headed by Bishop Brendan J. Cahill, will be also hosting a virtual prayer service, on May 20 at 8:00 p.m. Eastern Time.

Seafarers hard-hit by the Covid-19 crisis

This years’ commemoration is of particular meaning in the light of the ongoing Covid-19 crisis.

“Across the world, seafarers have often been trapped on ships at sea and unable to return home, and there have also been many crews at home unable to work due to the restrictions of the pandemic and are unable to support their families,” US Bishops note. “A significant number are suffering from depression, suicides are on the rise, and many are working extended hours beyond what is typically considered safe, or being forced to work without contracts.”

“Many seafarers are Catholic Christians and largely a migrant population in the world. Because of the nature of their work, they are not always a visible community presence,” say the Bishops.

They explain that in over 50 ports there are more than 100 Stella Maris chaplains, maritime deacons and lay ecclesial ministers who assist seafarers helping them “discover the loving presence of God in an often challenging world.”

“Their continued presence is a clear indication of their dedication to this vital pastoral ministry and love for the people of the sea,” US Bishops point out.

History of the the Apostleship of the Sea

The Apostleship of the Sea, also known as Stella Maris, was founded in Glasgow, Scotland, in 1920 to support seafarers in need.

Over the past century the Apostleship of the Sea has grown into a world-wide pastoral and welfare organisation and has become the largest ship visiting network in the globe, providing seafarers also with practical support and information.

Pope at Audience: Contemplative prayer ‘a guide along path of love’